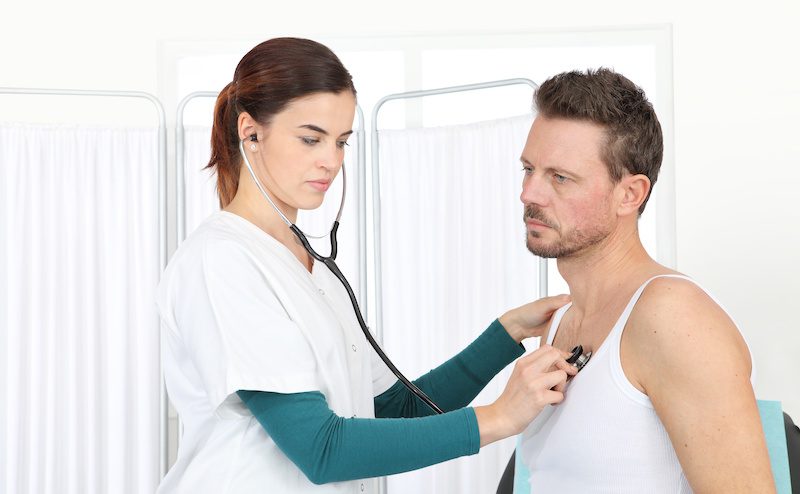 Ahead of the Queensland State Budget, Minister Lynham announced today that a provision of an additional $1.2 million for a mobile health screening service would be made to assist in identifying mine worker respiratory diseases. Dr Lynham said the screening van would supplement existing services in communities including Moranbah, Rockhampton, Mackay and Emerald.

“This mobile unit will only enhance the local specialist capability and make respiratory health checks available to more Queenslanders,” he said.

The mobile respiratory health check service – an equipped and staffed van – was recommended by the Parliamentary Select Committee into coal workers’ pneumoconiosis and will supplement existing regional specialist services.

“These are more funds for more reforms to protect the health and safety of our 38,000 Queensland coal mine workers,” Dr Lynham said.

CFMEU in support of Government initiatives

“The mobile service will make it much easier for mineworkers, including retired mineworkers, to get vital health services in their home towns.

“Over 100 Queensland mining workers have been diagnosed with mine dust diseases, and we are aware of at least 200 more workers currently going through the testing and diagnosis process.

“Sadly, it is highly likely that many more workers are affected.

“The key to managing these deadly diseases is early diagnosis and treatment, which is why having access to a mobile screening unit is absolutely critical.

“Government and industry dropped the ball on monitoring and managing mine dust over many years – we are very pleased the current Queensland Government has recognised the health crisis in the coal mining industry and is investing resources to address it.”

Too little too late for many mine workers

On 29 May 2017, the CWP Select Committee released its Report No. 2 – Inquiry into the reidentification of Coal Workers’ Pneumoconiosis in Queensland (Report No.2).

The report made 68 recommendations, a number of which relate to structural changes, funding for the resources safety and health regulator, and operational changes in relation to the Coal Mine Workers’ Health Scheme (CMWHS).

The CWP Select Committee was clear in its report that existing arrangements were not fit for purpose: The committee found that there has been a catastrophic failure, at almost every level, of the regulatory system intended to protect the health and safety of coal workers in Queensland.

Recommendation 47 of the report stated that “The Coal Workers’ Health Scheme should obtain and utilise at least one Coal Workers’ Health Mobile Unit, similar to those used by NIOSH [National Institute of Occupational Safety and Health], capable of delivering chest x-ray, spirometry, and general health assessments for coal workers and former coal workers in regional Queensland.”

While the mobile health screening van is a positive step towards the identification of respiratory illnesses in Queensland mine workers, some industry pundits say the measure amounts to putting a band-aid on a gaping wound.

With 38,000 mine workers in Queensland, the addition of one van to supplement existing respiratory screening providers is likely to make little impact on the sheer weight of numbers or respiratory health screens that need to be completed now and into the future.

In preliminary research undertaken by the Department of Natural Resources, Mines & Energy there was a mixed response to the prospect of the success of mobile health units. While industry and employee representatives were broadly in favour of the measure, providers of radiography services were less favourably inclined, citing issues of quality, cost, staff attraction and retention, distance to be covered and the numbers of workers requiring X-rays. Providers suggested recruitment and retention of staff to the van could be a problem due to the nature of the employment on offer.

This is significant in that one vacant position would prevent a unit from operating as intended (for example, without a properly trained radiographer, the X-ray portion would be missed, without a doctor, the rest of the assessment would be omitted),

The Department’s own staff have also highlighted that the available data demonstrate that access to health assessments is not currently problematic in Queensland. Indeed, they stated that the CWP Select Committee provides no evidence to suggest that access is a difficulty to be overcome, nor that mobile health units would serve to improve access.

AMSJ understands that the cost of building the mobile health screening van will be in the order of $550-$650K including fit out with basic equipment. If CT equipment was included in the van, an additional $800K may be required. Additional costs for operating and staffing the van is anticipated at $500-$600K per year (subject to the qualifications of personnel to run the van).

Dale Last,  Member for Burdekin and Shadow Minister for Mines said that he supported initiatives to protect workers in the resources industry.

“Our workers in the resource sector help to contribute to the royalties that provide services and infrastructure throughout Queensland and their hard work must be recognised by the government and the wider community.”

But he added, “I want guarantees from the government that the Health Van will be adequately resourced because the funding announced recently doesn’t instil a great deal of confidence.”

“I have concerns that the program will only test workers every 5 years.  In other jurisdictions, testing is done far more frequently and we need to ensure we detect diseases like Black Lung as soon as possible.”

“The committee’s recommendation was for tests every 3 years for underground coal workers so I think the timeframes need to be reconsidered and adequate resources committed.”

Respiratory health check van | Is something better than nothing?

The question remains is something better than nothing when it comes to respiratory health check vans? and what would be the outcome for Queensland’s Black Lung crisis if the van solution was not implemented? Would mineworkers be any worse off?

The Queensland Department’s staff have already highlighted the inefficiencies of mobile screening services in contrast to fixed location providers of health screening and have advised the department regarding the potential risks of implementation of the service.

There’s no doubt that the rationale for the respiratory health check service comes with good intentions, but it is fair to say that the public relations benefit would be certainly helpful for the Queensland Government brand in respect of mining.

If there’s a goal to build public confidence in the overall system for assessing and improving coal mine workers respiratory health, then this van might just serve a purpose.