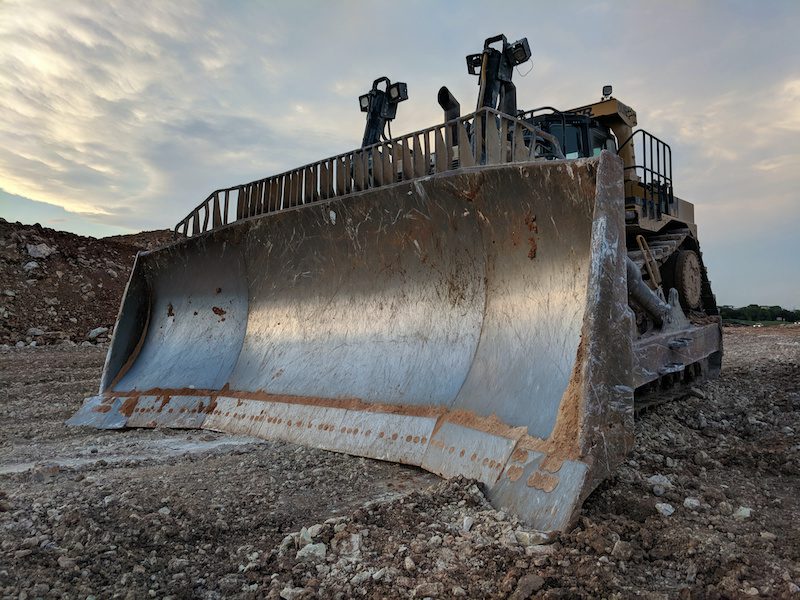 Allan Houston, 49, died while working the dozer push in a D11T during the night shift on 31 December 2018. The mine safety regulator alleges that at approximately 10.25 pm on Houston’s dozer began tramming out parallel to the bench edge towards the crib. Houston’s dozer reportedly passed another dozer which was pushing at approximately a 70-degree angle to the low wall bench edge when it changed direction to the left, tramming towards the low wall edge.

The charge sheet obtained by AMSJ reveals that Allan Houston’s dozer reportedly drove over the low wall edge, rolling approximately 18 metres down an embankment coming to rest upside down in a pool of mud and water. Allan died at the scene of the incident from “aspirating mud” the charge sheet reveals.

The charges issued against BMA by the Queensland Department of Natural Resources Mines and Energy, have highlighted a lack of a safety and health management system procedure specifically defining dozer push bench preparation. It said that while the safety and health management system included a procedure for working in and around water, “it was not implemented during the dozer push bench preparation on-ramp two at the time of Allan Houston’s death.”

The charges have flagged a significant gap in the health and safety management system at the BMA Saraji mine at the time of the incident including that “the presence of water and mud was not identified as a hazard for work being conducted on ramp two” and that “no control measures were implemented to minimise the risks associated with working around water on ramp two” at the mine.”

The Mines Department also alleges that as a result of the absences of a range of safety management system components the dozer operators utilised no additional safety precautions to prevent the dozers from travelling over the bench edge at the mine.

It said “If BMA had ensured the site senior executive for the Mine developed and implemented the safety and health management system for the mine such that it ensured the development of a procedure for dozer push bench preparation, implementation of working in and around water hazard procedure and implementation of the risk management procedure, Mr Houston ‘ s death would have been avoided”

BMA ICAM could not identify conclusions associated with the accident

BMA had previously conducted an ICAM investigation into the death of Allan Houston. The ICAM team identified a range of scenarios associated with the event including that:

The ICAM team identified four improvement opportunities for the BMA Saraji site. These centred on reviewing dozer risks, improving the Saraji risk management procedure, enhancing detailed mine scheduling and design, and management of medication among mineworkers.

Post the tragic loss of Alan Houston, BMA has reportedly made a concerted effort to fix dozer operation risks at its sites. The organisation also extended an ‘olive branch’ to the Queensland Department of Natural Resources & Mines in relation to the death through the sharing of a range of findings on the incident.

The charges reportedly came as a shock to BMA with the Asset President stating that the charges were “deeply disappointing news” in a brief to staff.

BMA’s Asset President, James Palmer previously told workers through an internal memo that “Since the terrible loss of Allan, and throughout our ­Incident Cause and Analysis Method investigation (ICAM), we have worked in partnership with DNRME, openly sharing our findings and the steps we are taking to ensure it doesn’t happen again”

AMSJ had sought feedback on the incident however a BMA spokesperson told AMSJ “As these matters are before the courts, it is not appropriate for us to comment further.”

The initial hearing of charges will commence at 9.00 am on the 24th March at the Mackay Court House.