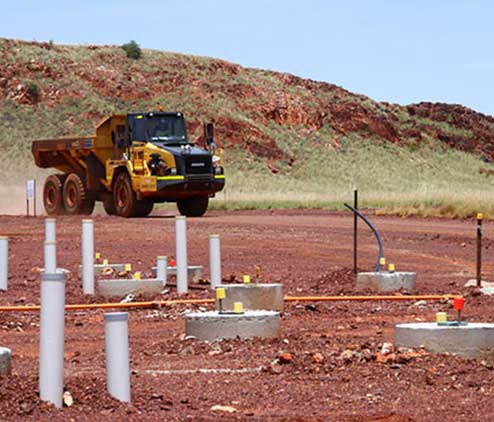 Safety inspectors were laughed at by Roy Hill mine project workers after raising safety concerns during an audit, according to documents from the Department of Mines and Petroleum (DMP).

The audit documents record that DMP inspectors found “clear breaches of safe work practise requirements” during their April visit to the Gina Rinehart-owned mine construction project.

The audit documents were obtained by the ABC under freedom of information (FOI) laws, and describe how some, “…construction contractors refused to comply with safety standards and laughed at the concerns of inspectors from the Department…”

One senior worker was reportedly sacked after the incident and the un-named contractor was issued with a warning.

Currently under construction, the Roy Hill project employs around 4,000 construction workers on a site near Newman in the Pilbara region of Western Australia.

The ABC reports that inspectors said there was a lack of cooperation by some contractors and “it is extremely disappointing to achieve so little in a four-day period”.

They said “personnel laughing at genuine concerns were observed” and there was a “lack of understanding of legal obligations and requirements”.

“When you’re on site, there are a group of people who take leadership from the senior person at the time and individuals will generally follow what their senior person does.

“In this particular instance, we’ve said to that company that people with that approach and that attitude aren’t welcome on our site and aren’t to work for us.”

The DMP said safety breaches such as these were uncommon and Roy Hill management has an excellent approach to safety.