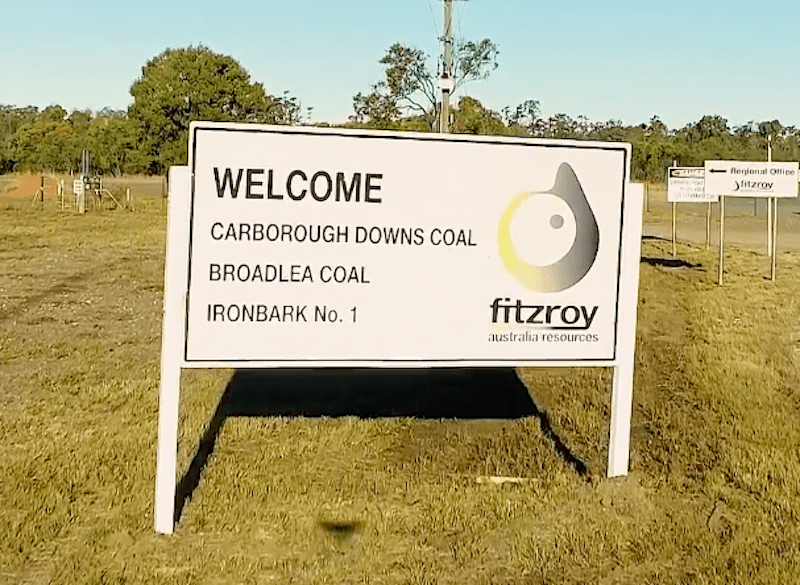 Two site senior executives have been charged for serious mine safety breaches related to the death of Brad Duxbury at the Carborough Downs Mine.

Fitzroy Australia Resources SSE’s and senior mine managers Jeremy David Futeran and Russel Clive Uhr (see Note 2) will face Court in March next year for failing to discharge their work health & safety obligations. The operator will also face charges. The men charged were working as SSEs.  Mr Futeran was the SSE at the mine from August 12 and September 24 before Mr Uhr took over from him on September 23.

Mr Futeran was an engineering graduate from the University of Wollongong in 2008 and has held several senior mining positions before his appointment as General Manager /SSE at the Carborough Downs mine including Continuous Improvement Manager for South 32, Manager of Mechanical Engineering at BHP Westcliff and Engineering Manager at Gujarat Coking Coal.

Russell Uhr is a long time industry veteran having worked across Queensland mining operations throughout Queensland. Mr Uhr completed his mining qualifications at the Ipswich Mining College. He has worked previously at Anglo American as the Underground Mine Manager for the Grasstree mine in 2016/2017. He commenced as General Manager for Fitzroy Australia Resources in 2019 after commencing at the Craborough Downs mine as the Underground mine manager in 2017.

Brad Duxbury, 57 of Ipswich, died in horrific circumstances at the Carborough Downs mine near Moranbah in November last year when he was struck by a face spall while conducting repairs on the Bretby of the longwall miner in a thick seam.

Charges allege that the increased risk of a face spall was identified by the mine in November due to the geological condition in the area and that the risk was not maintained at an acceptable level in the mine.

Charges allege that flippers in the vicinity of the area were defective and were not used to apply pressure to prevent the coal spall that killed Brad Duxbury.

Workplace health and safety prosecutor Aaron Guilfoyle has also alleged the two men failed to keep the risk to workers was at an acceptable level including by ensuring entry to restricted and no access zones complied with the mine’s Safety and Health Management System.

Ultimately the prosecution will seek to prove that the existing safety and health management system had failed to detect defects in flippers and that the conduct by the two SSEs and the mine operator caused the death of Brad Duxbury.

Fitzroy Australia Resources business is the mining and export of high-quality coal from the Bowen Basin in Central Queensland.  Metallurgical, or coking coal, is an essential component in steel making and the Bowen Basin is the premium source of high-grade metallurgical coal for global markets.

VR Simulation at Carborough Downs Mine

Note 1 The Leichhardt seam is reportedly 4.5 to 5.7 metres thick.