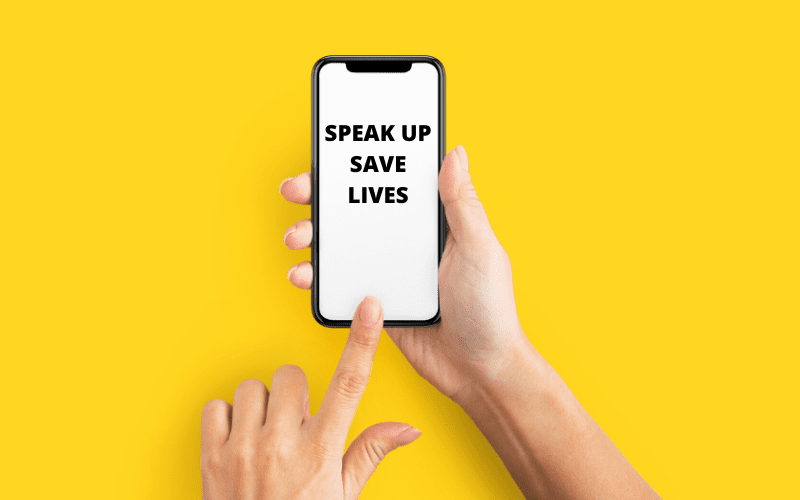 Mr Anderson said the app will make it easier than ever to report workplace risks by sending photos of unsafe practices directly to SafeWork NSW.

“SafeWork inspectors do a fantastic job – but they can’t be everywhere at once. The app is a quick, easy and confidential way for anyone to report unsafe worksite or work practices using only their mobile phone,” Mr Anderson said.

“If you spot anything risky, play your part in protecting your own safety as well as that of your workmates by immediately reporting it to SafeWork.”

Mr Anderson said the Speak Up, Save Lives app and web-based tool was developed in consultation with the industry and the family of Christopher Cassaniti, an 18-year-old who lost his life in a tragic workplace incident last year.

“Since launching Speak Up, Save Lives as a web platform in October last year, SafeWork has received 1647 reports from workers, handed out 472 improvement notices and $56,880 in penalties,” Mr Anderson said.

“Any number of terrible incidents could have happened as a result of these safety issues and Speak Up means that workers can report issues before these incidents occur, and prevent anyone from having to go through what the Cassaniti family have been through.”

Mr Anderson said the most important feature of Speak Up is confidentiality as workers who are casually employed, on temporary or labour-hire contracts, or from a CALD community, are less likely to raise concerns about unsafe work.

“Speak Up breaks down those barriers and allows reports to be made completely anonymously,” Mr Anderson said.

Type in ‘Speak Up NSW’ to your Apple or Android store or visit the SafeWork website to report unsafe work, anywhere, anytime.