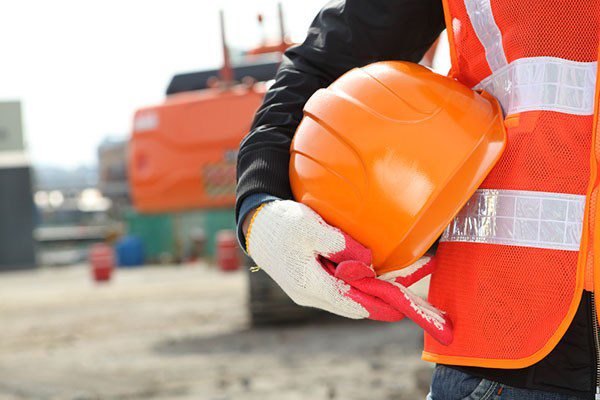 The amount organisations are spending on compliance has been consistently going up for two decades, however, the amount of extra safety they are getting in return “has not been going up at all”, according to the Safety Science Innovation Lab at Griffith University.

Every time an accident or ‘incident’ occurs, there is an investigation and recommendations are made to add in more procedures or checklists, said Griffith University Safety Science Innovation Lab research fellow Mohammed Ibrahim Shire.

“This creates safety clutter and one of the most common clutter that most organisations engage in is what they call vertical duplication clutter and it happens where multiple systems have to be adhered to and they all cover the same procedures,” he said.

Shire, who was speaking ahead of the SIA National Health and Safety Conference(link is external), which will be held from 22-23 May 2019 at the International Convention Centre (ICC) Sydney, also said safety clutter damages employee ownership of safety and is terrible for adaptability, erodes trust, and creates an unnecessary trade-off between safety and productivity.

“When ‘safety’ rules impose a significant and unnecessary burden on the performance of everyday activities, both work and safety suffer,” he said.

“Every organisation has safety activities that are at times performed with no expectation that they provide any real safety benefit.”

Such activities drain time, resources and attention that could be spent on improving the safety of operational work, said Shire, who added that they also create and perpetuate harmful beliefs about safety.

In such cases, he said safety outcomes can be improved by reducing the amount of safety activity.

“All of this comes with a greater trend toward bureaucratisation and risk aversion, as well as centralisation, standardisation and increased surveillance in safety,” said Shire, who explained that safety clutter is prevalent due to two asymmetries.

“Together, these asymmetries create a ‘ratchet effect’ whereby the number and complexity of safety activities in an organisation increase over time,” he said.

“Even deliberate attempts to simplify safety are likely to result in excessive generalisation (i.e. more clutter) rather than a genuine reduction in safety activity.
A range of factors and causes drives the asymmetries, and these include, but are not limited to:

“Each of those factors can – under the right circumstances – contribute significantly to the safety of operational work,” said Shire.

“However, organisations and the individuals within them feel constant pressure to improve the safety of their workplaces.”

In their attempt to improve safety, clutter is often introduced – and once it is present in the organisation, it persists, leading to a gradual accumulation of clutter.

“In all our study organisations, evidence is not demanded for adding activities, making it easier for managers and practitioners to add more safety work whereas removing safety activities, strong evidence is demanded,” said Shire.

“Managers and safety practitioners are motivated to believe that their current safety practices are effective, or if they are not, the problem is the application of the practice by the workforce that needs correcting, not the practice itself.

“A lack of evidence about what works and what doesn’t work in safety leads to safety clutter being introduced and then not removed.”

Shire explained that organisations can disengage the need to add more unnecessary safety activities by conducting systematic evaluations that identify and remove clutter.

The first step in removing clutter is creating an environment where specific safety practices can be challenged without treating the overall belief in safety.

“A shift in attitude and language needs to be adopted where organisations take a more proactive stance in analysing the way things are done in order to improve safety,” he said.

The second step is finding the low-hanging fruit by identifying clutter, and this can be achieved through a two-step process in which safety practitioners ask their workers directly what they would like to start doing, stop doing, do more of, and do less of when it comes to safety activity.

“Second, ask the workers to list all of the current safety processes, activities and forms they are involved in, and then ask them what the consequence would be if each activity were stopped,” said Shire.

“Managers are encouraged to ask their workers ‘What is the stupidest thing that I am asking you to do to work here every day?’”

Once there is a clear consensus about an item of clutter, he said a clutter removal test can be conducted without triggering the organisation’s defence mechanism that create and preserve clutter.

Shire observed that OHS professionals, as the staff in organisations with most knowledge and influence over the specific structures and processes for administering safety systems, should be the principal vanguard in removing clutter.

There are some practical steps that they can take in response to clutter: first, since external stakeholders make demands that may directly result in clutter (through duplication, over-specification and over-generalisation), he said OHS professionals can reduce the impact of these demands on the organisation by actively managing these stakeholders.

Second, OHS professionals can promote leadership styles to the senior management that places an emphasis on asking open questions, collecting evidence, and showing interest in operational work, rather than attempting to ‘add value by taking part in low-level safety activities.

Third, OHS professionals can take a reflective, evidence-based approach to their own practice.

“There will often be occasions with social and psychological pressure to take rapid action to improve safety.

“Actions taken at such times, unless backed up by evidence, are very likely to create safety clutter.”

By taking this approach, Shire said safety professionals will model a mature safety attitude to the rest of their organisation: “they need to be sensitive to operation improvement, not compliance,” he said.