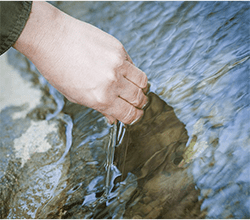 Centennial Coal’s Springvale mine is heading back to court just months after an expansion was approved, with a conservation group concerned about pollution of Sydney drinking water catchments.

The mine, located near Lithgow, was given the go-ahead to continue operating until 2028 in October last year, but conservation group 4nature has launched proceedings in the NSW Land and Environment Court challenging the NSW Government’s approval of the expansion.

“This case was launched to uphold the law and protect the water quality of a major Blue Mountains river and Sydney’s drinking water,” 4nature president Andrew Cox said.

“The law requires that the NSW Government’s Planning and Assessment Commission (PAC) had to be satisfied that the mine would have a ‘neutral or beneficial impact’ on water quality. We say that the PAC was not satisfied, nor could it have been.

“Each day the mine is set to discharge up to 19 million litres of water laden with nutrients, salt, metals and other contaminants into the Coxs River before it flows into Warragamba Dam, Sydney’s main drinking water supply.”

Nature Conservation Council of NSW CEO Kate Smolski said the approval was an example of the Baird Government’s “failure to protect Sydney’s drinking water supplies from the impacts of coal mining”.

“It is regrettable that community has been forced to take court action to enforce government’s own laws. It is about time the Baird government showed the leadership people expect by making sensitive natural areas and our water supplies no-go zones for coal and gas projects,” she said.

The group is being represented by EDO NSW, who filed the case on December 18, 2015.

The court will next consider the matter on February 12 this year.

Operations at Springvale will be unaffected until a final court ruling.