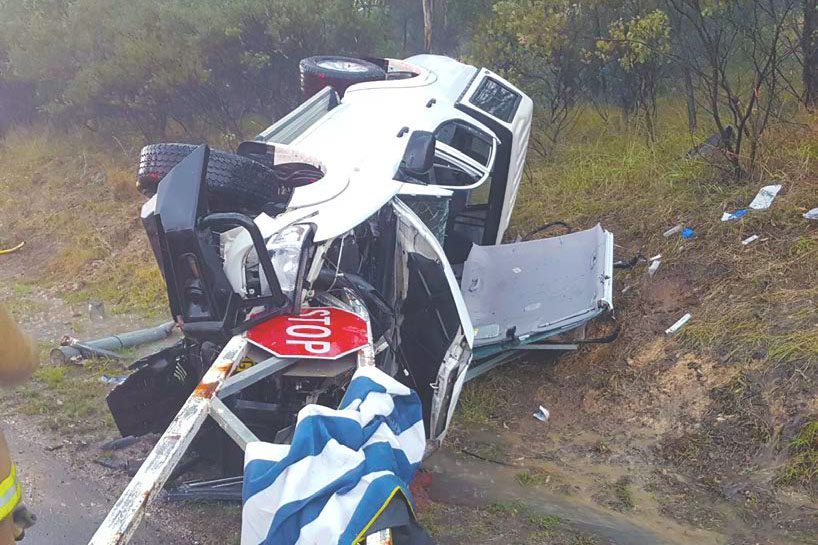 According to a NSW Resources Regulator report on the incident, heavy rain and hail on 24 December 2016 were factors in poor driving and poor visibility led the driver to lose control of the vehicle.

The driver suffered a broken ankle as the gate entered the cabin between the worker’s legs and collided with the cushion of the bucket seat. The gate continued into the rear of the cabin, stopping at the backseat. The impact and momentum caused the vehicle to roll onto the passenger side, crushing a road sign.

The passenger could climb out of the overturned vehicle and met with other workers, who were also leaving the mine and came to help. However, the driver was trapped in the car for several minutes because he was pinned by the metal gate.