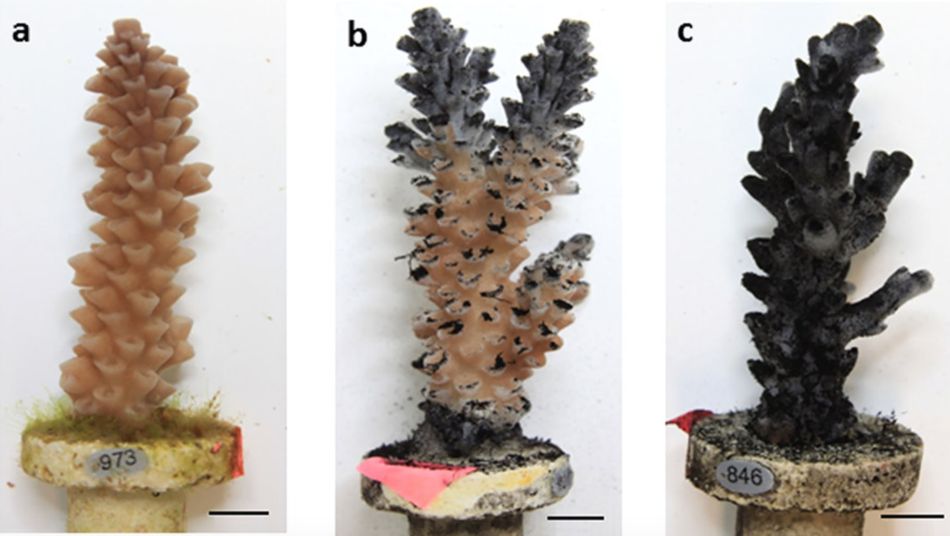 Australian researchers have raised fresh concerns that a major shipping disaster could harm the Great Barrier Reef, with new research revealing coal dust in seawater can kill corals and slow down the growth rate of seagrasses and fish.

“Corals exposed to lower concentrations of coal lasted longer, but most of them also died after four weeks of exposure.

“While some fish and seagrass died from coal dust exposure, it mostly stunted their growth by half compared to clean water.”

The scientists exposed the marine species to fine coal particles in carefully controlled experiments within the National Sea Simulator at the Australian Institute of Marine Science and measured their responses over time.

Coal dust enters the marine environment at loading and storage facilities when it is blown or washed into the sea, during transport, and in rare shipping disasters.

In 2013, the bulk carrier, MV Smart, broke apart in South Africa while carrying over 140,000 tonnes of coal.  In Australia, over 60,000 tonnes of coal remained on board the Shen Neng 1 when it ran aground on the Great Barrier Reef off Gladstone in 2010.

“Risks to the Great Barrier Reef posed by large coal spills depend on the probability of an accident and the potential impacts to marine life,” says author Dr. Andrew Negri.

“While the likelihood of a major spill on a coral reef or seagrass meadow is low, we are now beginning to understand the likely consequences.”

Author Dr. Mia Hoogenboom hopes the results will inform management of coal shipping activities in Australia and around the world.

“This research will allow decision makers to understand the risks to marine life to identify the species that are most vulnerable.”

The findings by scientists from the Australian Institute of Marine Science and the ARC Centre of Excellence for Coral Reef Studies have been published in Nature Scientific Reports.