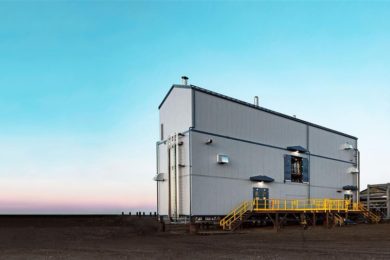 Suncor and Svante Inc. announced an equity financing agreement which provides Svante with the additional growth capital to accelerate the commercialization of Svante’s novel second generation CO2 capture technology in North America for the decarbonization of industrial emissions and hydrogen production.

Combined, Suncor and a number of family office investors have invested $25 million USD of equity financing, bringing the total proceeds raised under Svante’s Series D financing to $100 million USD, up from $75 million as announced on February 2nd, 2021, and completing the largest single private investment into point source carbon capture technology globally to date.

Svante has now attracted more than $175 million USD in total funding since it was founded in 2007 to develop and commercialize its breakthrough solid sorbent technology at half the capital cost of traditional engineered solutions.

“Svante has generated a pipeline of potential new project opportunities capturing over 40 million tonnes of CO2 per year before 2030 from natural gas industrial boilers, cement and lime, and blue hydrogen industrial facilities, mainly in North America and spurred by both US and Canada federal CO2 tax credits and prices on CO2 emissions. The net-zero pledges of major countries and large corporations is also a key driver for the interest and rapid growth of the carbon capture and storage new industry,” said Claude Letourneau, President & CEO of Svante Inc. “We strive to create world-changing solutions that address climate change and accelerate the global transition to carbon neutrality, reversing human impact on the climate and building a commercially viable CO2 marketplace.”

According to Mark Little, President & CEO of Suncor, “Carbon Capture is a strategic technology area for Suncor to reduce GHG emissions in our base business and produce blue hydrogen as an energy product. An investment in Svante is expected to support the acceleration of commercial scale deployment of a technology that has the potential to dramatically reduce the cost associated with carbon capture. We are excited to become both an investor in and a collaborative partner with the company.”

“We are pleased to partner with a leading Canadian player in the energy industry, along-side existing investor Cenovus, and to benefit not only from their financial support but also their commitment to deliver low-carbon fuels and blue hydrogen to transform the energy system,” said Claude Letourneau.