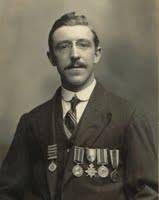 From humble beginnings, mines rescue has become an important contributor to the industry for many years. We discovered this unknown authored piece in our travels and believe it’s important to share across the wider mining industry.
Coal was the main source of energy to fuel the War effort. The people and expertise needed to produce it safely were in demand on the Home and Western Fronts.  The story of Arthur Bernard Clifford illustrates the learning exchanges that saved many lives and ultimately led to improved mine safety after the war. Pivotal to his story was the Minnie Pitt disaster of 1918, a tragedy he was unable to prevent but in the aftermath of which he played a crucial part.
For much of the First World War, the coal mines of North Staffordshire contributed to the thousands of tonnes of coal produced to power the Navy, railways, homes and munitions factories during the War. It was a highly dangerous occupation for the men who mined in the pits.
Many of the original Staffordshire miners had enlisted early in the War, sometimes at the instigation of the owners. Many were to become members of the Tunnelling Companies of the Royal Engineers. The exploits of the early tunnellers and their charismatic commander Sir John Norton-Griffiths who laid massive mines under the Western Front are well documented. The Staffordshire mines they left behind were set to make a vital but much less well-known contribution to the hazardous business of tunnelling.
Arthur Bernard Clifford was a Staffordshire mine safety and rescue expert, an assistant to his father an instructor of the North Staffordshire Mines Rescue Brigades.
He was born in Dodsworth, Yorkshire, went to Barnsley Grammar School and later studied at the Technical College in North Staffordshire.
In 1914 there was a huge oil well fire in Mexico, millions of tons of oil were ignited and Clifford was sent to deal with it. He returned from Mexico in April 1915, with the intention of enlisting, but the next day he was called to the War Office and asked to take charge of training sappers to use ‘Proto breathing apparatus’ needed to cope with the poisonous carbon monoxide gas. Clifford played a key role in the establishment of the Mines Rescue School at Strazeene and Armentieres.
Thanks to his training, the Proto apparatus was used throughout the war with success. Clifford trained over 4,000 men and hundreds of lives were saved as a result. In 1917, on leave in Staffordshire, now ‘Sergeant’ Clifford, Royal Engineers, he was awarded the Meritorious Service Medal at the Annual Dinner of the North Staffordshire Institute of Engineers. An unassuming man he was embarrassed to receive his award and was particularly apologetic that his work had drawn important personnel away from Staffordshire collieries.
Sadly this would not have prevented the explosion that ripped through a colliery in January 1918, when one of the worst disasters in mining history happened at the Minnie Pit in Halmer End in Staffordshire. Miners worked in cloth caps, carried candles and pit ponies moved coal to the main shaft. The mine had a history of explosions. On 12 January a huge explosion caused by a mixture of dust and flammable gases killed 155 men and boys either from the effects of the explosion or poisonous gas. Forty-eight boys under the age of 17 died, many were aged 14 years, and the oldest man was 65.
A large number of boys and older men reflected a depleted workforce. There was another casualty when the captain of the mine rescue team was killed. The outpouring of national grief was astonishing given the daily casualties occurring on the battlefields. Even Wilfred Owen, staying in Scarborough in January 1918 a few weeks after leaving Craiglockhart War Hospital, was moved to write about the disaster in one of the few poems published in his lifetime.
The government responded by summoning Arthur Clifford back from the front and he was given a specific mission; to recover the mine and the bodies that it contained. The work took over eighteen months and was one of the longest and most difficult recoveries in mining history. When it was over the war had long finished. The tragedy added 67 widows to the many who had lost husbands in the War and the Great Depression saw no economic respite for local families when the colliery was closed.
Arthur Clifford moved to the Forest of Dean coalfields after the war. The initial legacy of his work was the large number of miners that returned to their workforce proficient in mine safety and use of the Proto breathing apparatus.
The benefits of standardised training achieved at the Front also raised standards and Clifford became one of the country’s leading Instructors in Mine Rescue.
In 1922 he produced The Rescue Man’s Manual, probably the first reference manual for the mines rescue industry which covered breathing, gases, and mines rescue conduct.
Read more Mining Safety News
TagsArthur Clifford coal mine rescue mines rescue history The Rescue Man's Manual 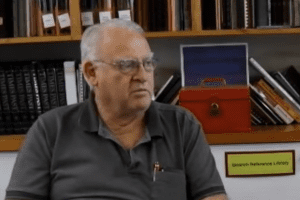 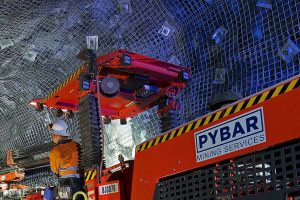