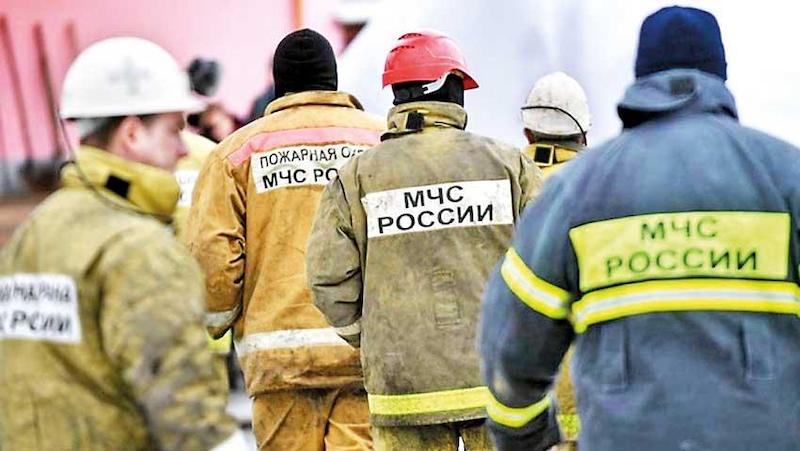 The Moscow Time has reported three people were killed on last Friday in a gas explosion accident at a mine in Siberia, Russian.

The Kemerovo region prosecutor’s office said, “During operations, there was a gas released suddenly, which resulted in three people being buried under rubble.” There were 44 people working in the mine at the time of the blast.

The local officer said the cause of the accident is under investigation.

Mining accidents in Russia and former Soviet countries are relatively common due to aging infrastructure and poor enforcement of safety regulations.

The Moscow Times has reported at least two miners died after a rockfall at a Trans-Siberian Gold company-owned mine on Russia’s Pacific coast this Wednesday.

The Emergency Situations Ministry’s regional branch said in a statement, “three of the five engineers who were installing ventilation systems at the Asacha deposit in the Kamchatka region climbed out on their own. Two people who failed to get out of the rubble were found dead.” The governor and administration of the Russian Far East region had expressed condolences to the victims’ families.

The Ministry of Regional Emergency Situation said it ended the rescue operation about 6,200 kilometres east of Moscow,12 hours after the accident.

Investigators are looking into the cause of the rock collapse. State media, citing Kamchatka’s mining association president Alexander Orlov, said that Trans-Siberian Gold’s subsidiary Trevozhnoye Zarevo had seen “no serious safety violations” in its nine years of operation at the site.

This is the second high-profile gold mining accident in Russia in recent years after an October 2019 dam collapse killed 15 gold miners in Siberia’s Krasnoyarsk region.