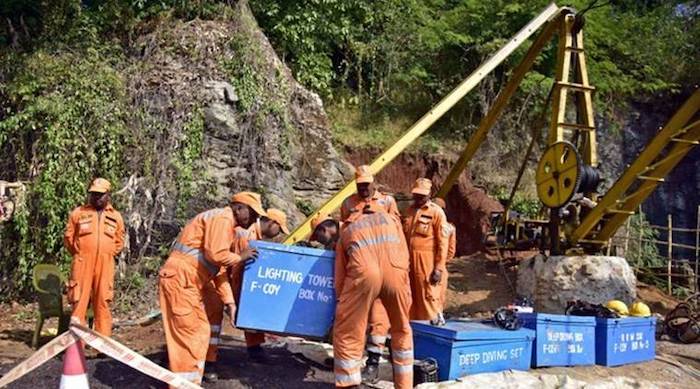 At least six workers died in an accident when they were working in a coal mine in Meghalaya’s East Jaintia Hills district, Northeast Now reported on 22th Jan.

East Jaintia Hills Deputy Commissioner E Kharmalki confirmed the incident and said that it took place at a coal mine at Sarkari near Rymbai village.

The six coal miners had fallen to a depth of 150 feet after the machine they were using to dig a tunnel broke on 21st Jan. The bodies were retrieved on Friday morning and kept at a hospital in Khliehriat in the district for autopsy.

District Magistrate E Kharmalki said five of the six victims were identified and their families have been informed to claim their bodies.

Second body pulled from Meghalaya mine in India

Indian mine safety inspectors vow to eliminate fatal accidents by 2030

The incident brought back memories of a similar tragedy inside a coal mine in the district in December 2018. There were 17 people trapped inside a flooded mine in the Indian region of Meghalaya.

The survivor told Indian press that “There were 22 people in all. Five of us were on the ground while 17 others were busy cutting coal,” said Sayeb Ali, 21, from Panbari village in the Chirang district of Assam. ‘Ground’ refers to the landing area inside the mine. “There are three others from my village alone, who are still trapped,” he said.

“I was about five feet away from the ground that morning and on my way up, when I suddenly felt a lot of air and then saw water,” Ali said. “I caught on to the wire and managed to climb upwards till the people outside sent in a carriage,” he recalled. “I was all drenched,” he said. “The water helped to push me out,” he claimed, adding that “four others on the ground” were also rescued. “They are in Meghalaya,” he said. Ali had joined the ill-fated mine only 12 days before the tragedy. “I was working at another mine earlier. There is no safety. They are illegal but there is definitely more money,” he said. “A daily wager or a mason only gets 300 Indian rupees (INR) ($5.84 AUD) a day in Assam whereas even the junior most miners get 600 rupees ($11.67 AUD) and experienced miners even 1,500 rupees ($29.18 AUD) to 2000 INR ($38.91 AUD )a day. I manage to make 4,500 to 5,000 INR a week,” Ali said.