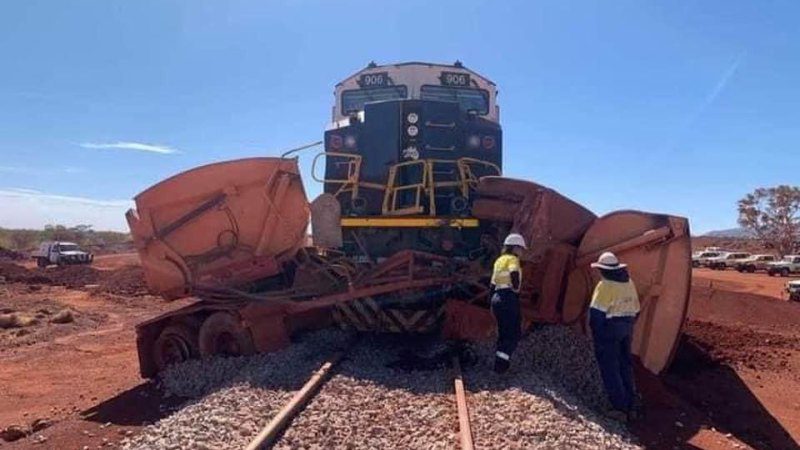 The Sydney Morning Herald has reported a truck collision accident near Eliwana iron ore mine in WA’s Pilbara region that occurred on the 21st January 2020. According to the article, a truck was turned on its side in a low-speed collision with an iron ore train. A picture has been posted on Facebook on Friday afternoon showed the train hit on the side of the truck.

FMG chief executive Elizabeth Gaines confirmed, “no one was injured but the company had launched an investigation.”

“On Thursday, 21 January 2021 a Fortescue locomotive, carrying rail ballast travelling at slow speed, made contact with a truck operated by a contractor during rail construction activities,” she said.

“Safety is Fortescue’s highest priority and most importantly no one was injured in the incident.”

“We are conducting a full investigation on the cause and key learnings from the incident.”

The article first appeared on The Sydney Morning Herald

The ATSB has released an investigation report into a Rio Tinto mining train accident that occurred at Weipa on the 22 September 2019.

The ATSB says that an empty bauxite mining train was travelling the 19.5-km route between Lorim Point and Andoom, near Weipa, Queensland.

“The train passed through the turnout at 54 km/h. At the time, a rake of wagons was being loaded at the automated loading point at Andoom, 635 m from the turnout. The driver was aware that a train collision was imminent but was unable to prevent it.”

During this period, the driver contacted the control communication centre by radio and advised them of the circumstances.