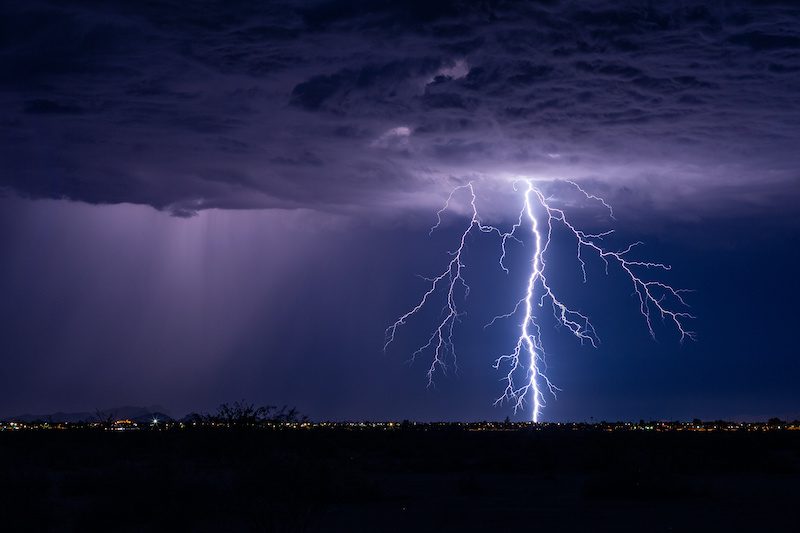 Resources Safety & Health Queensland has published a safety alert regarding a tyre explosion incident resulting from a lightning strike at a Queensland coal mine. The Queensland Mines Inspectorate suggests mines to review lightning Trigger action response plans (TARPs) due to severe weather.

According to the report, a surface mine stopped production due to wet weather towards the end of their dayshift. The mobile mining equipment was driven to a purpose-built in the field parking area and parked up. The nightshift commenced their pre-start at the crib huts adjacent to the parking area while waiting for the wet weather to ease. The lightning Trigger action response plans (TARPs) was initiated while the pre-start was underway.

A coal mine worker in the crib hut for the pre-start meeting saw lightning strike a truck in the park-up area. Shortly afterwards, the position 5 tyre on the truck exploded. The concussion and tyre fragments from the blast shattered windows in the crib huts, dislodged air conditioners, lights and water tanks from their fixtures.

Two coal mine workers received injuries requiring first aid treatment. The crib huts were considered to be a place of safety during severe weather and lightning.

Shocking footage of mine workshop collapse

The Queensland Mines Inspectorate said, “mines should review their severe weather or lightning TARPS that manage the risk to coal mine workers from rubber-tyred mobile plant during lightning storms.”

“Investigations are ongoing and further information may be published as it becomes available. The information in this publication is what is known at the time of writing.”

“We issue Safety Notices to draw attention to the occurrence of a serious incident, raise awareness of risks, and prompt assessment of your existing controls.”