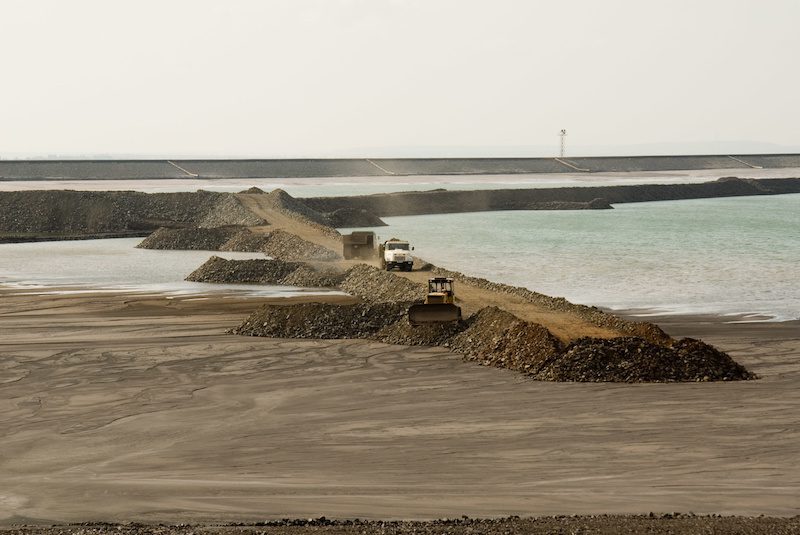 A Professor of Geomechanics has stated that the safety of Western Australia’s tailings dams is managed well through design and regulation.

University of Queensland Professor David Williams told the West Australian that tailings dams were built progressively from a starter dam that catered for the first few years of production. The dam wall height was then lifted in later years by either using the existing tailings as a foundation — the upstream method — or by extending the dam wall away from the tailings — the downstream method. The centreline method had elements of the other two methods.

It was useful if there was a shortage of material for the wall or not enough room to extend the wall outwards.

He said the upstream method worked best in a warm and dry region and when the dam wall height was not lifted too quickly.

“You rely on the climate drying the tailings that you place so that you can build on top of them,” he said.

Professor Williams said it would be a kneejerk reaction to ban the upstream method in Australia because of the Vale disaster. “There is always room for improvement, but compared to some other jurisdictions I think we do pretty well in Australia,” he said.

Department of Mines, Industry, Regulation and Safety Mines Director Andrew Chaplyn said there were more than 800 tailings storage facilities in Western Australia and about 130 were built using the upstream method.

Mr Chaplyn told the West Australian that a rigorous design process was required that included the site layout, climate, drainage, the potential for the tailings to liquefy and consideration of worst-case dam breaks.

Additional measures were required for the minority of dams close to people and infrastructure.

He said ‘the department reviewed documents and inspected dams to verify compliance with the requirements.’