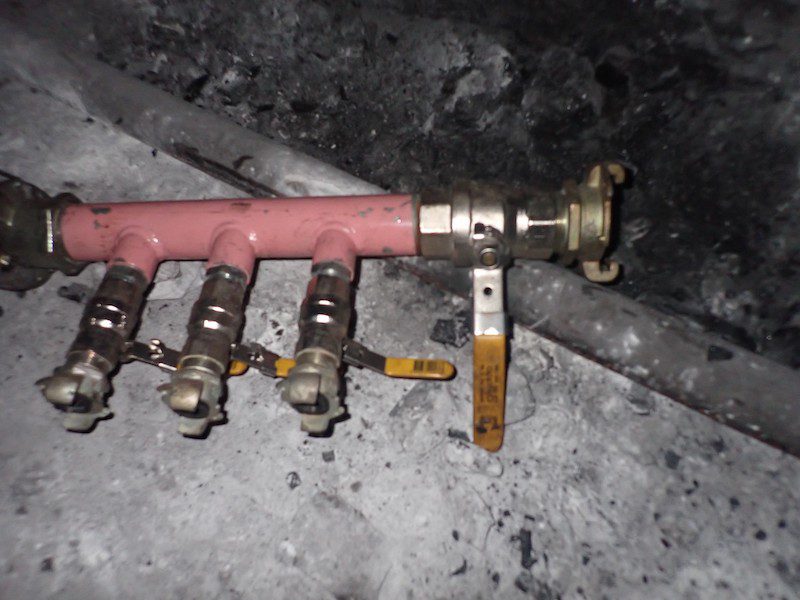 The NSW Resources Regulator has published an incident that caused a worker’s face injury at an underground coal mine. According to the report, a worker was blasted in the face by compressed air while attempting to extend a two-inch airline. The worker was connecting a pipe to a manifold that was being held by a second worker. The second worker unintentionally hit the ball valve, which allowed the compressed air to escape. The injured worker was hospitalised with facial injuries.

The Regulator said unfixed pressurised hoses should not be worked on without isolating the energy source and dissipating any stored energy. Operators should consider using gate valves in place of ball valves to isolate airflow.

The NSW Resources Regulator has reported an incident where two workers got injured by a metal spreader bar at an open cut coal mine.

According to the report, a worker was struck in the face by a metal spreader bar while in the process of reconnecting the chain on a feeder breaker. Another worker applied a small amount of pressure to a 30tonne ram, applying a compressive force to the spreader bar before the injured worker had moved to a safe standing zone.

The Regulator said workers should ensure they use fit-for-purpose equipment when undertaking tasks. Safe standing zones should be determined where hydraulic pressure is being applied to objects and there is a potential for unintended movement or equipment failure.

Workers should communicate their intentions clearly and ensure that their actions don’t put others in a position of danger.