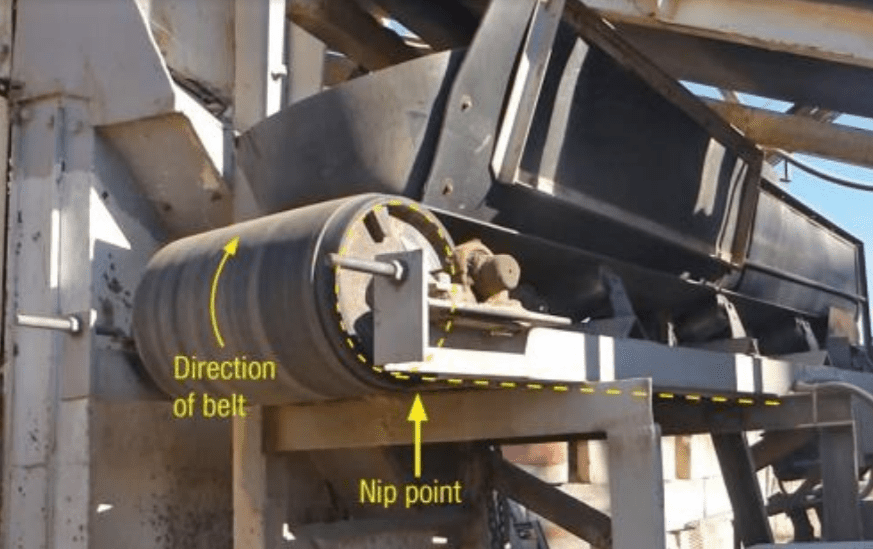 A boilermaker was de-gloved after becoming caught in a moving conveyor in June.

The boilermaker was working alone while in the process of shutting down a crushing plant, according to a significant incident report released by the Department of Mines and Petroleum.

According to the report, the conveyor was part of the crushing circuit and adjacent to the screen deck. The worker reached between the belts with both hands, using a spanner to knock out rock that was rotating in the nip point of the conveyor’s tail-end pulley.

However, the moving conveyor had not been isolated, and both of the worker’s arms were drawn into the conveyor’s nip point.

“Fortunately, he managed to free his arms when the tail-end pulley came to a stop and was able to seek emergency assistance,” the DMP report said.

“The boilermaker was hospitalised with a de-gloving injury, friction burns and multiple fractures to his hand, arms and back.”

The incident was reported to the DMP 26 days after the event.

“Materials from the nearby screen deck were not effectively controlled, resulting in a rock landing inside the belt,” the DMP said in regards to causes of the incident.

“The build-up of material on the ground enabled easy access to the nip point of the conveyor. No isolation procedure had been developed for the conveyor.”

Between January 1, 2011 and September 8, 2016 there have been 107 reported injuries at mine sites involving conveyors.