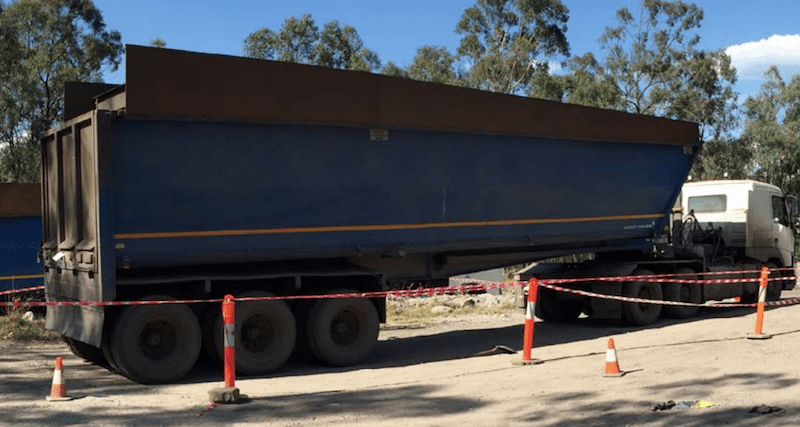 An incident investigation report released this week revealed the tragic circumstances where a colliery worker sustained a fatal crush to his head during cleaning out of a trailer.

Stephen Norman, 53, was fatally injured at the Rix’s Creek Mine about five kilometres northwest of Singleton, NSW, on 13 December 2016.

The mine operator was Bloomfield Collieries Pty Ltd (Bloomfield).

Mr Norman was an employee of RW & LM Simmons (Simmons), a partnership that provided transport services to Bloomfield at the mine. Mr Norman and two other workers manually cleaned out a coal haulage trailer between 7.10am and 7.50am.

Mr Norman and two other workers attempted to manually clean out another coal haulage trailer using the same method between 9.00am and 9.30am. However, Mr Norman had trouble getting the prop in place while the tailgate was being held open.

The tailgate fell and Mr Norman’s head was crushed between the tailgate and the rear of the trailer body causing serious head injuries. Mr Norman was given first aid and transported by rescue helicopter to hospital. Mr Norman died on 15 December 2016.

Safety observations ? This incident highlights the hazards associated with suspended and unsecured plant and equipment. ? In this case, the system of work was unplanned, ad-hoc and unsupervised. ? There was no risk assessment conducted in relation to the works being undertaking. ? The wash bay facilities at the mine were not used by the workers on the day of the incident. ? The use of the wash bay would have eliminated or minimised the risk. ? The workers were not adequately trained in hazard identification and risk control. ? The workers were not adequately supervised. ? The implementation of the safety management system and procedures concerning contractor management was not effective.

Read the full report into this tragic colliery worker incident.