In December 2018, the Review of the Model Work Health and Safety Laws: Final Report (the Review) was handed down. Within the Review, one key recommendation was to amend the model work health and safety (WHS) regulations to specifically require businesses to identify and effectively manage the risks of psychological injury and psychosocial risks in the workplace. This represents a considerable shift in policy.

Emily Haar, Senior Associate, and Daniel Bartlett, Law Clerk with Piper Alderman, review the recommendation and its potential impact should it be adopted within the model WHS laws.

The model Work Health and Safety Act 2011 (WHS Act) already defines health to include psychological health. Strictly speaking, duty holders already have obligations under the WHS Act to ensure, so far as is reasonably practicable, that workers and other persons are not exposed to risks of psychological harm from work carried out by that business or undertaking. Whether organisations have been taking such duties as seriously as the WHS Act intends is a question that is up for debate.

When thinking about psychological health as a WHS issue, it has often been confined to psychosocial hazards such as bullying and harassment. However, in the Review, it identified that this line of thinking was leading to the individualisation of complaints and often resulted in the original complaint or concern being removed from any assessment of the broader WHS organisational safety culture. In other words, businesses have not been sufficiently considering the culture of the organisation which is leading to the harm of employees psychological health, but rather manage these risks on a case-by-case basis after the damage was done. Prevention, rather than a mere cure, has not been the order of the day.

In 2018, Safe Work Australia published ‘Work-related psychological health and safety: A systematic approach to meeting your duties’. This national guidance note sets out a practical approach to meeting duties to prevent and manage psychological harm to workers. The guide covers issues including the causes of psychological injury, how to identify psychosocial hazards, how to manage assess and control risks to psychological health and safety, early intervention and supporting recovery. The national guidance provides examples of psychological hazards which include long work-hours and high-workloads, as well as jobs which have too little to do or are highly repetitive or monotonous. These are features of many modern workplaces.

Despite this guidance, the Review has recommended that, as a matter of urgency, new regulations be developed that deal with how to identify the psychosocial risks associated with psychological injury and the appropriate control measures to manage those risks. This is in order to provide a clear legislative framework in which to manage psychological health issues.

While the recommendation provided no specific proposed measures, the national guidance note does indicate a possible framework which could be adopted. Potential measures for managing psychological hazards include providing workers more time for difficult tasks and matching work allocation with staff of appropriate skill and expertise, using job rotation for repetitive or highly demanding tasks and consulting with workers, particularly in times of organisational change. This is a long way away from traditional control measures like guarding or personal protective equipment.

While most employers would say that they try to meet these standards, a real question would remain as to how far an employer can really control how stressful or urgent particular work might be. There could well be a period of some uncertainty while the regulators get to grips with what managing psychological risk really means in practical terms. Are some jobs inherently more psychologically “risky” than others?

The issue of psychological health and psychosocial risks in the workplace is becoming increasingly important. The 2017 Safe Work Australia Comparative Performance Monitoring Report has shown that while workers’ compensation claims related to psychological health represent a relatively small proportion of all serious workers’ compensation claims, they lead to significantly larger costs and time off of work when compared to claims related to physical health.

The scope of harm to psychological health and the responsibility of employers is also being extended, Earlier this year, the Tasmanian Government became the first jurisdiction to introduce legislation which presumes that employees suffering post-traumatic stress disorder are entitled to workers compensation as a way to prevent them reliving their trauma and to help with reducing the stigma associated with mental health conditions.

As things are moving, it is clear that a “head in the sand” approach to mental health in the workplace will not be sufficient. It is becoming increasingly important that employers are aware of their duties and obligations to prevent and manage the psychological health of workers. With the risk of significant penalties and the increased costs and time away from work as a result of psychological injury, it is an important area of the WHS law to get right.

A key area for review is to determine what policies and procedures your organisation has in place to deal with psychosocial risks and the difficult dilemmas. Similarly, organisations will need to think more broadly about “culture” in the workplace, rather than just dealing with spot fires as they arise.

Emily is a Senior Associate in Piper Alderman’s Employment Relations division in the Adelaide Office. She provides advice to employers from various industries in relation to all aspects of employment, industrial relations, work health and safety, and workers compensation law.

Emily is also a co-author of “Independent Contractors: a practical guide” with Professor Andrew Stewart and other contributors from Piper Alderman, published by CCH in 2013.

Emily has also been an editor of the University of Adelaide Law Review and a member of the South Australian Law Reform Institute. You can contact Emily here 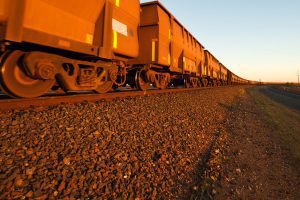 Queensland Coal Mining Board of Inquiry Report – What comes next?

Company director jailed for death of worker in WA 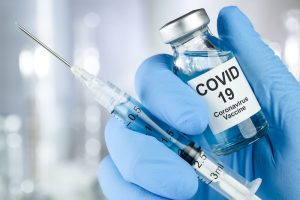 Can my boss direct me to get the COVID-19 vaccine?