AMSJ » How do you plead? Guilty for failing to discharge safety & health obligation 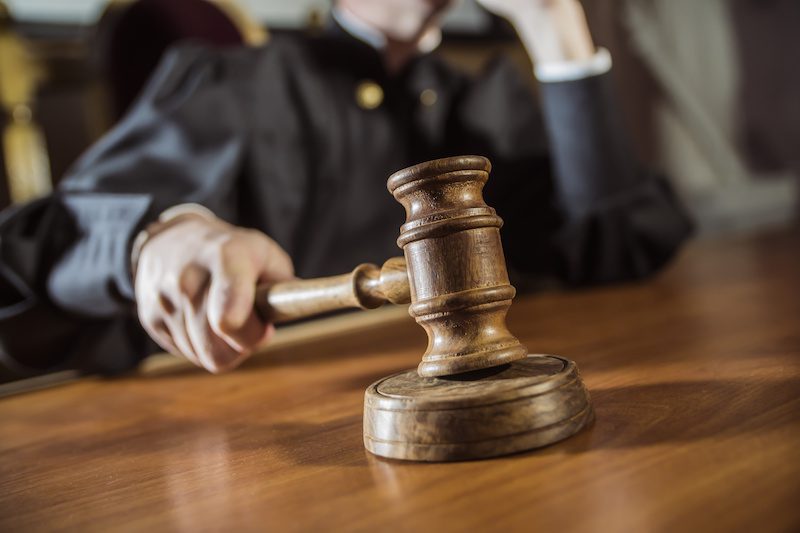 When Kiwi rugby player Jordan Taurima was killed at a worksite at Mount Isa Mines in 2013, no-one could have believed it. He, his wife and three sons were new to the area and they were keen to make a new start in the land of plenty.  Jordan picked up some work labouring on site for a local contractor and was happy to be making a start in mining. But it wasn’t to be.

Jordan died following a lifting incident at the site and left family and friends devastated.

He was a young and strong man with a growing beautiful family. “It’s a bloody shame, he will be really missed,” his friend Shaun Cameron said at the time of his death.

In the years following Jordan’s death, there’s been a twisted tale of legal arguments and court hearings that saw the prosecution of several parties yet…it is not quite over for Jordan’s family or the Queensland Government. While a Magistrate found multiple parties responsible for his death, the charges were dismissed against Jordan’s former employer and Mount Isa Mines (the site where he was working – not the company who was employing him).

Despite this seemingly coming to an end for Jordan’s family, now six years on the Queensland Mine Safety Commissioner has finally had a somewhat ‘bizarre’ appeal heard by the Brisbane court (we’ll get to that in part three of our series) and is awaiting the decision of the court.

AMSJ has completed an exclusive investigation into the circumstances and in a multi-part series will reveal the case, some of the relevant judgements issued and the subsequent appeal by the Queensland Government.

In part one, we release the details of the sentencing of  the Operations Manager (Site Supervisor), an individual who pleaded guilty to the offence of failing to ensure their safety and health obligations.

We have chosen not to name the individual listed in the hearings on the basis that the individual has paid a significant price (both financially and psychologically) associated with Jordan’s death.

The magistrate at the hearing of the Operations Manager told the court that Jordan was tragically killed during a lifting incident that occurred at the Mount Isa Mine.  His death was caused when a crane, which was there to remove a pump, using slings and clips that were not appropriate in the circumstances, caused the pump to fall and hit Mr Taurima, resulting in his death.

The following extract details the sentencing remarks made at the Site Supervisor’s (Operations Manager) hearing at the Brisbane Magistrate’s Court on 23rd June 2016. We have chosen to remove the names of individual’s except Jordan (the deceased).

BENCH:   So, Mr X you’ve entered a plea of guilty today for failing to have discharged a safety and health obligation, and that the contravention of that obligation caused the death of Jordan Taurima.  The maximum pecuniary penalty I can impose is $110,000.  At the time of the offence you were employed as the Operations Manager of a company called Invetech and you were responsible for the safety of and the safety procedures at the Mount Isa Mine which employed the company you worked for. The company you worked for, Incitec Pivot Limited, had obligations imposed on it under the legislation.  You, as the manager, had the responsibility under those provisions also.  At the time, there was in place a safety and health management system to deal with circumstances involving the use of cranes, and also the presence of contractors at the site.

On this particular occasion, your – the company failed to ensure that that safety and health management system was in place.

The system that was in place was that a task hazard analysis would be prepared, and on this occasion was, by one of your fellow employees.

Each of the contractors was then permitted to work at the site, and it was understood that they would do so in accordance with their obligations under that particular analysis.

That, obviously, did not occur on this particular occasion.  There was no one there from your company to supervise the work being done by the contractors.  There was no oversight to ensure that those particular procedures, as indicated in the task hazard analysis, were actually being implemented or enforced.

So that, then, resulted in a number of failures occurring at the particular site.  One would normally have expected, in accordance with the safety and health management system, that barricades would be put in place around the particular area and that that, of course, would have meant that Mr Taurima would have been out of any sort of danger.

The other failure was that the employee, or the employees, that were there from the – from SEG, the company that was using the crane, did not perform their duties consistent with the necessary training that was required.  What that meant was that the man driving the crane, Mr XX, who was himself – sorry, instructed someone as to the particular slings and clips to be used.

I’m told that the industry terms are that you mustn’t dog your own rig ? ? ?

MR HUNTER (For the Prosecution):   Dog your own lift.

DEFENDANT:   Dog your own lift.

MR HUNTER:   Dog your own lift.

BENCH:   ? ? ? just wasn’t sure whether the rig came before the dog – mustn’t dog your own rig but that’s what occurred here, and that resulted in, and I’ve seen the photographs and can understand how that particular act of removing the pump – how what was put in place failed, but it was that both Mr XX and the person who he was instructing did not employ safe practices.

This is a serious offence, of course, not only as that reflected by the maximum penalty that can be imposed including up to two years’ imprisonment but also the circumstances of the offence.

A man has died.  Three sons have been left behind, and his – the remainder of his family is, obviously, devastated by what occurred.  It must also have been difficult for the men who were there working and who witnessed this particular incident.

So it’s said that your obligations could quite easily have been met by appointing a contractor/manager to oversee the – any contractors that attended at the site.  This was a necessary course which would have reduced or, at least – sorry, would at least have reduced any unacceptable risks to contractors.

The sentence, or the penalty, that I impose must reflect one of the considerations that’s referred to as general deterrence, that is, that people such as yourself in the position that you are, must understand that the failure to comply with your obligations and to contravene the particular provisions of an Act that is there for the purposes of ensuring the safety of workers, that when those failures occur, or oversights, or however those contraventions occur, and such serious consequences result, that there is to be a punishment and that is, in part, what the penalty I impose must do.  It must punish you to an extent.

Now, the – what you fall to be sentenced for or what the – what’s described as the gravamen, is said to be that you, as the senior manager, ought to have had in place a procedure which, in your absence, require an IPL manager to take up the role of overseeing of independent contractors so as to ensure that the safety, health and management system was complied with by the contractors when engaged by IPL to conduct work.

I accept that this has had an impact, an adverse impact, on your career and your income and further in your favour is, of course, your plea of guilty.  The Prosecution, in their written outline, submit that it’s a timely plea of guilty but probably the most important aspect of your plea of guilty is its utility, in that it has saved the ordeal and the expense of a two or three week trial, so that there is some benefit to you for having entered that plea of guilty.

I accept that subsequent to this incident, that you have ensured more appropriate, or more stringent, measures have been implemented to prevent any such tragedy occurring again, and I accept the submissions of your counsel that this – sorry, in the – all of the circumstances of this particular offence, that is, all those factors that led to this tragedy occurring, were things that you had never before contemplated.

The task risk assessments and the documents provided to the contractors were a safety measure that you’d put in place, or ensured occurred.

You had assumed that fundamental safe work practices, for instance – or, more specifically, here, not standing under a load being lifted by a crane would be observed, and that crane operators employed by the company that had previously been used at the site, that you’d assumed that that – those particular employees would perform their job safely and appropriately.

So I accept that you did not contemplate this constellation of factors, but it remains that had you appointed persons within, or a person, within your company to oversee the contractors at the site, this tragedy would not have occurred.

With respect to the penalty I impose I must also have regard to the penalties imposed on others that have been involved in this matter, specifically Mr XX, his employer and then your employer IPL.

The penalties imposed on those companies are of course much greater than it is appropriate to impose on you given the much higher maximum penalty, but I do need to have regard to the penalty imposed on Mr XX.  There are two competing submissions with respect to this aspect.

The prosecution submit that because of your more senior position within the company and because of the failure by you being a protracted one that your culpability or the seriousness of your actions is greater than that of Mr XX who, while I said earlier had a much more direct input into the events that occurred his failings were much more acute, or his contravention occurred over a much shorter period of time.

And while, as I’ve indicated earlier, I do accept that you had never contemplated this tragic set of circumstances – sorry – this set of circumstances coinciding and causing such a tragic outcome, I’m minded to accept the submission of the prosecution that your contravention of that particular obligation is more serious and ought to attract a greater penalty than that imposed on Mr XX.

In all of the circumstances, you’re convicted and fined $35,000, and in default – sorry – to be paid within two months.

MR HUNTER:   It’s the one amount, your Honour.

BENCH:   So – and I order that costs of $30,161.17 be paid to the Department of Natural Resources and Mines again within two months, Ms Mellifont?

BENCH:   And in default that’s to be referred to SPER.  And I’ve taken into consideration all of those factors in mitigation for you and the penalties otherwise imposed and no conviction is recorded.  Was there anything else?

MS MELLIFONT:   Nothing further, your Honour.  Thank you.

In Part Two, we’ll look at the story of the two companies who pleaded guilty to the offence…. 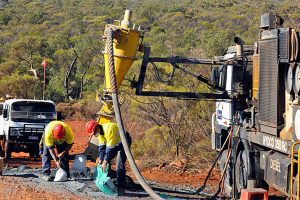 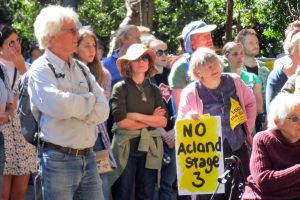