AMSJ » Ampcontrol nominated for NSW mining supplier of the year 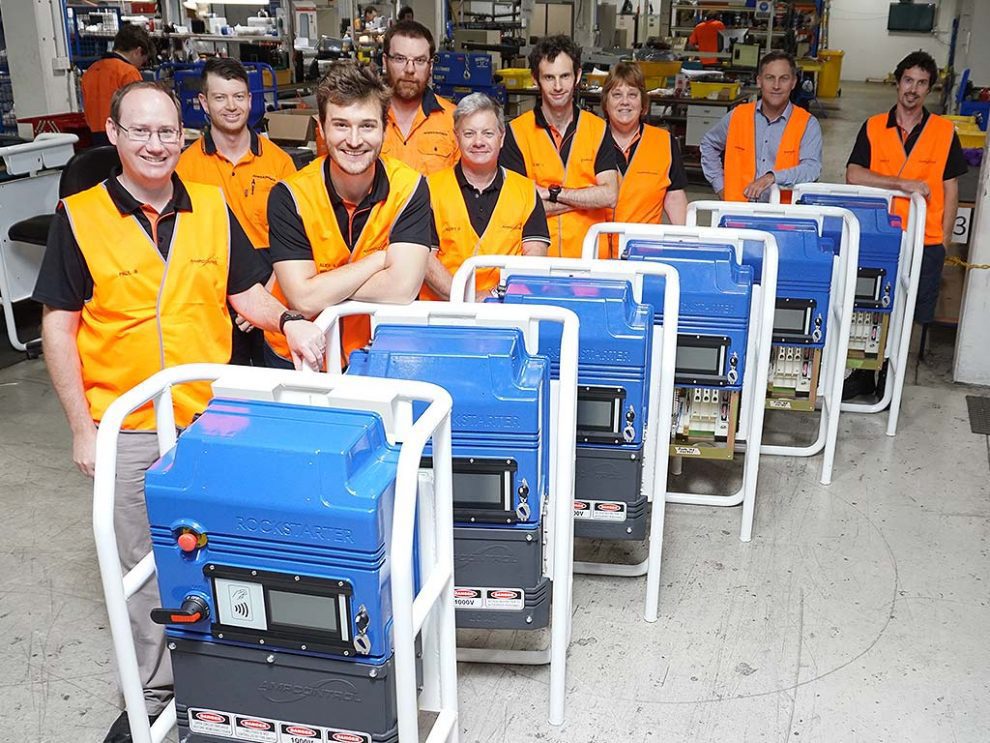 Newcastle based Ampcontrol has been nominated for the prestigious award of NSW Mining Supplier of the Year. The award comes following the companies contribution to research and development across the sector particularly in relation to electronic starters for hard rock mines.

Through visits to hard rock mining clients, Ampcontrol identified that many had sites had large ‘starter graveyards’ where electronic starter components for mining equipment had been discarded.  The company knew addressing this level of waste and duplication was a challenge they could meet.  The company subsequently developed the Rockstarter which is a multifunction, multi-voltage starter designed for use in underground hard rock mining, tunnelling and other industrial applications.

Ampcontrol found that mine operations faced a lack of flexibility, restricted to using traditional electronic starters that were often only designed to power one piece of equipment. Custom starters also required a lengthy tender and production process. A team from Ampcontrol spent 30 months bringing the Rockstarter multi-function starter system to life.

The Rockstarter offered improved monitoring with a smart-phone-style display as well as vastly superior functionality, able to be used with a broad range of equipment. The results of the Rockstarter system have been increased ‘up-time’ for equipment, time-saving with regard to coordinating post-blast operations and increased productivity.

The Rockstarter system is helping drive a transition to ’smart mining’ within the NSW mining sector. As part of their focus on technological innovations, Ampconrtol also participates in the Australian Government’s P-TECH program, a collaboration of education and industry to help students develop skills and knowledge for a trade-related career.

This finalist nomination by NSW Mining follows two Good Design Awards wins for Rockstarter in the Engineering Design and Product Design categories in 2019.

Ampcontrol was established in Newcastle in 1968 and has become a leader in the provision of safe and reliable electrical solutions for the global mining industry.

In NSW, the company is located in eight regional centres in NSW and employs 450 people across the State. A focus for Ampcontrol has been investment in R&D and the pursuit of technological innovation.  The company also has offices around the globe including the UK, Europe, Middle East, Africa, America’s and the Asian Pacific.

The NSW Mining Industry & Suppliers Awards recognise and celebrate the contributions and achievements of the individuals, suppliers and operations that power our industry. The award ceremony will be held on Thursday 2 April 2020 at Parliament House in Sydney