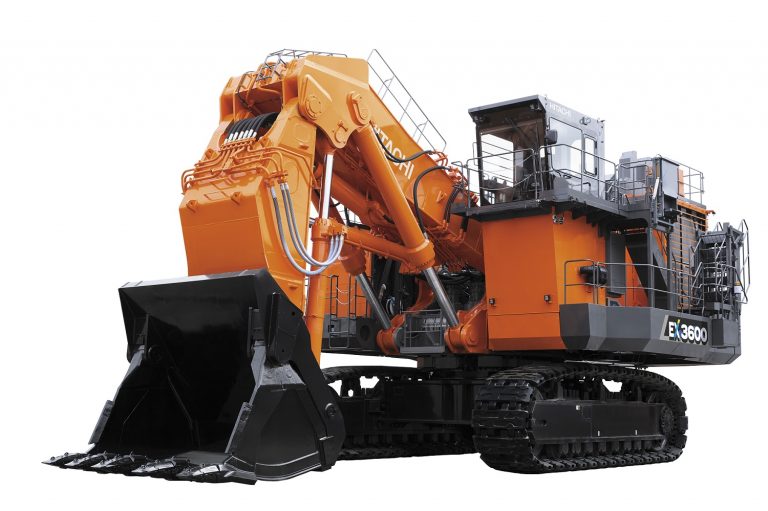 Hitachi Construction Machinery will commence the roll-out of testing of autonomous ultra-large series hydraulic excavators in Australia next year.

According to recent reports, Hitachi Construction Machinery (HCM) is examining trialling autonomous ultra-large hydraulic excavators at an Australia mine site as part of a series of verification tests.

The tests, set to begin from the start of the 2021 financial year (from April 1, 2021), are geared towards improving future mining site safety and productivity, Hitachi said.

“The remote-controlled ultra-large hydraulic excavator will be developed in order to improve the working environment and ensure the safety of operators,” the company stated. “This excavator will be equipped with operator support systems, such as a collision-avoidance system with other mining equipment, to ensure the same level of operability as with the operator on board the machinery.”

Following the initial development, some part of the excavation and loading operation will be automated to allow a single remote operator to operate multiple ultra-large hydraulic excavators

The company explains: “Mining resources including iron ore and copper sustain the activities of global industries, and the sites which mine these resources are required to operate in a stable manner 24 hours a day, 365 days a year.

“In contrast, the operators of ultra-large hydraulic excavators are required to repeatedly perform complex operations for a long period of time while paying attention to avoid collision with surrounding equipment and the stability of the vehicle, in order to excavate and load mining resources in an efficient manner.”

Because the safety and productivity of ultra-large hydraulic excavator operation largely depends on the operator’s skill and experience, building a production system that does not depend on these skills and reduces the operator’s workload are important issues at mining sites, it said.

Such developments have been coming from the group considering the company entered the mining machinery business in the late 1970s, and has made leaps in tele-remote operations of excavators within other sectors.

For example, the company used a remote-controlled unmanned excavator to advance the development of technologies in the reconstruction work at Mount Unzen Fugen-dake volcanic eruption in 1992. In 2013, it also led the industry by advancing the development of technologies for long-distance remote control by remotely operating a hydraulic excavator located in the Urahoro test site, Hokkaido, over an internet connection from approximately 800 km away in Tsuchiura City, Ibaraki Prefecture.

“Now, we have decided to begin verification tests at an actual mining site to advance the development of autonomous driving for ultra-large hydraulic excavators, reflecting the needs of customers,” it said.

The autonomous operation for ultra-large hydraulic excavators can be deployed as a standalone system, or as a part of fleet management system (FMS), such as the Fleet Control from Wenco International Mining Systems, a HCM subsidiary with a solid implementation track record at large-scale mines.

“Our goal is to balance a high degree of safety and productivity by having autonomous operation through sharing the information among the autonomous ultra-large hydraulic excavators, dump trucks and other equipment,” the company said.

Collision avoidance systems to be fitted

Because it is difficult to assess the conditions around the vehicle and the inclination of the vehicle during remote control compared with a manned operation, the actual machinery will be equipped with a collision avoidance system and a vehicle stability monitoring system to reduce the burden on the operator performing the remote control during the verification tests, HCM said.

In addition, Wenco has been advancing the development of an excavator payload monitoring system, which measures the weight of the material inside the bucket, and plans to test this feature at the same time.

“These operator support systems can be retrofitted onto the EX-7 series of ultra-large hydraulic excavators and are scheduled to be ready for the market during the 2022 financial year (April 1, 2022 onwards) as systems installed on actual machinery to increase operation safety,” the company said.

Because a diverse and large quantity of manned and unmanned machineries mix together in a large-scale mining operation, the radio communication needed for the operating control must be managed in a stable manner, HCM explained.

“The AHS from Hitachi Construction Machinery runs on the Wenco FMS and utilises various technologies from the Hitachi Group to realise a significant advantage by extending its range of control up to a maximum of 100 vehicles,” the company said.

The goal of autonomous ultra-large hydraulic excavators is to balance a high level of safety and productivity, even in the autonomous mining sites of the future, by sharing information with dump trucks and other machinery.

The Hitachi Construction Machinery Group has thus far been engaged in realising “reliable solutions” to solve social issues as a close and reliable partner for our customers, it said.

“Going forward, we will continue to promote the development of long-distance remote control and autonomous driving, ultra-large hydraulic excavators using ICT and IoT for mining industry customers around the world to help provide the higher level of safety and mine management productivity improvements that our customers require,” the company concluded.

The remote excavators are set to improve mine site safety and productivity by improving the working environment and preventing operators from entering dangerous areas.

Part of the excavation and loading operations will use automation to allow multiple ultra-large hydraulic excavators to be operated by a single operator following the initial development.

The company’s EX-7 series of ultra-large hydraulic excavators will have the ability to be retrofitted with the remote control system, driving support system for manned and autonomous operation features.

Hitachi will deploy the autonomous operation for ultra-large hydraulic excavators as a standalone system or as a fleet management system (FMS), which includes the Fleet Control from Hitachi subsidiary, Wenco International Mining System.

Hitachi previously used a remote-controlled unmanned excavator in the reconstruction work at Mount Unzen Fugen-dake volcanic eruption in Japan in 1992. 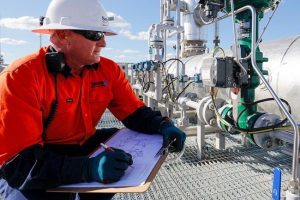 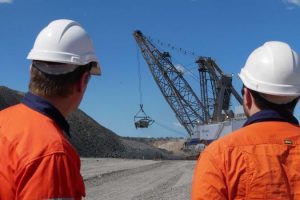 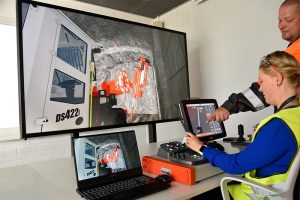