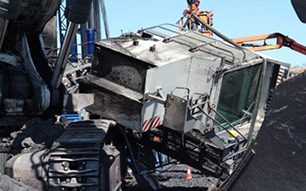 MANGOOLA Coal Operations will pay more than $464,000 as an alternative to potential prosecution over a 2016 mining incident where broken bolts resulted in a cab falling from a 250 tonne Leibherr R9250 excavator.

The Department of Planning and Environment’s Resources Regulator has accepted an enforceable undertaking from the company that includes “a range of initiatives with a financial commitment of at least $371,210”.

Regulator costs push that figure up to $464,719, the Department of Planning and Environment said in a statement.

The agreement relates to an October 2016 incident at the mine west of Muswellbrook that left a worker injured after the cabin and cabin riser of the 250-tonne excavator he was driving dislodged and tipped off the side of the machine with him still inside at about 8.45pm.

The NSW Regulator Report stated that in the course of the mining incident “The operator was carrying out regular coal mining activities on the evening of 10 October 2016. It was a clear night with no rain or fog. The working area was well lit by mobile lighting towers.”

The operator mined one pass of the bench and finished loading the last truck. He then walked the excavator back to the start of the dig, swung the excavator around to put the bucket on the ground, then pushed the bucket into the ground and picked up the tracks to turn the tracks in the direction he wanted to go (to turn theexcavator around). As the tracks came around and down, the excavator’s cabin kept turning. The operatorthought he was on a small lip or a lean. However, the operator’s cabin dislodged and fell down onto the excavator’s tracks, stopping at an angle. This damaged the hydraulic hoses and electrical harnesses andcaused structural damage to the cab riser mounting. Refer to figure 3. Had the cabin not come to rest on the tracks, the cabin and operator may have fallen further, potentially to the coal seam floor.

The operator heard what he thought was fluid running (possibly hydraulic oil) out of the excavator so he grabbed the two-way radio and made an emergency call for help. The dozer operator needed to push a track

towards the excavator so the water cart and light vehicles could access the excavator. During this time, theoperator sat in the excavator’s dickie seat, believing this was the safest place to be seated.

After a track was made, a ute with a platform fitted to it was backed up to the excavator and the operator was able to egress from the cabin safely. The operator indicated he was in the cabin for approximately 15 minutes.

A mine safety inspector responded to the incident and undertook a range of enquiries.

The mine prepared an incident investigation report on the ‘cab and riser of Liebherr R9250 separated from chassis’. This report identified several attempts to repair broken bolts on the excavator cabin between 13 May 2016 and 1 August 2016. Ultimately, the bolts failed on 10 October 2016.

The operator’s cabin is on the front left-hand side of the excavator and sits on top of a riser that is joined to the chassis (see link to full report below). An escape chute had been fitted to the outside of the driver cabin and towards the rear.

The cabin was supported by four rubber mounts that were secured to a cab ‘riser’. The combined cab and riserweigh approximately nine tonnes and is held in place by six bolts.

Circumstances leading up to the mining incident

The following sequence of events took place between the 13 May 2016 and 10 October 2016. It resulted in the continued operation of the excavator with four broken bolts, an interim weld repair to replace those broken bolts, two intact bolts and visual inspections of the weld for cracks each shift.

“The operator indicated he was in the cabin for approximately 15 minutes.”

In its decision on the enforceable undertaking, the Resources Regulator notes the worker is yet to return to the mine full-time.

An image of the dislodged cabin involved in the mining incident provided by the mine to the NSW Resources Regulator.

The enforceable undertaking is a legally binding agreement put forward by the company. It also includes funding for community services and mobility in nearby Denman.

“The undertaking will provide training to all Mangoola maintenance workers and staff in human organisational factors in maintenance,” the regulator said in a statement.

“Resources developed during the undertaking will also be made available to the broader mining industry to share the lessons learned and enhance industry safety.”

“This case serves as a timely reminder to mining operators of their obligations under the Work Health and Safety Act,” Mr Keon said.

“The undertaking is considered significant and will provide tangible benefits to the mining industry and the community.”

Regulator’s report on the mining incident

Information in this article was provided by the NSW Resources Regulator. Read more Mining Safety News 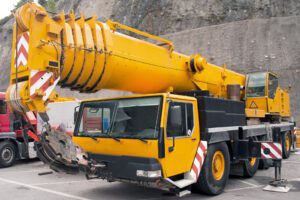 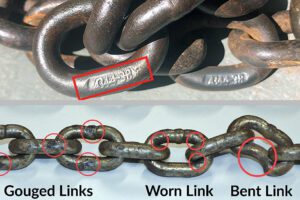