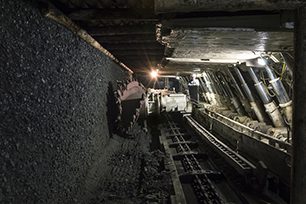 It seems almost incomprehensible that the process of calibrating a gas detector would cost an underground miner his life…but it did. This is the tragic story of Paul Maguire who died at work at the Grasstree Underground Mine.

Back in 2014, Paul was fatally injured while calibrating gas detectors underground on a tailgate at the Grasstree coal mine. While undertaking his routine work, Paul opened a hatch which released a flow of an irrespirable atmosphere, asphyxiating him almost immediately.

Paul was a sparky (electrician) at the Grasstree mine. He was 34 years old, lived in Middlemount, Queensland and was survived by his wife and two beautiful daughters.

Paul had worked at the Grasstree mine for 9 years, starting as a Mine Technician in 2005 and moving into the role of Electrical Maintenance Technician in 2012 upon completion of his apprenticeship. He was studying with the intent of obtaining his Explosion Risk Zone (ERZ) Controller qualification.

Paul arrived on site at 11.15am, had attended his pre-shift briefing and collected the Job Cards for his shift jobs. This included a Job Card, which incorrectly identified locations of the sensors in the heading tailgate. The sensor was no longer at that location; it had been disabled and was no longer in use. Due to changes in the mine layout, the location identified on the Job Card was by that time in a goaf.

He proceeded underground at 12.18pm. He performed his first calibration and moved on to his second…which would cost him his life.

Paul entered the tailgate area unsupervised. According to the report from the mines inspectorate, there was no requirement for direct supervision provided the area had been inspected and deemed safe by an ERZ controller. An inspection and determination of safety by an ERZ controller was valid for 6 hours (6 hours was sufficient time for a changeable environment such as 901 tailgate to vary from a safe state to a heightened level of risk). At the time of the incident more than 6 hours had elapsed since the last ERZ Controller inspection (at 6.50am).

An ERZ Controller (who was not available that shift to accompany Paul), stated during the investigation, that he normally would have accompanied Paul into return airways as “too many things could go wrong”.

At approximately 1.05pm, Paul opened the hatch at the Heading tailgate by using a spanner to access the sensor. The hatch had been closed with a nut and bolt arrangement. As a result of opening the hatch, Paul inhaled irrespirable atmosphere and was fatally injured.

Lessons for the Industry

There’s a few key industry lessons to learn from Paul’s death. We’ve summarised some of the key issues. Specifically, mine sites must:

We’ve provided some general information in respect of this tragic incident for AMSJ readers. We would always recommend that you read the full version of the Queensland Mines Inspectorate’s report for the full context of the investigation into Paul’s tragic death. You can read the full report here

The content of this article is based on information available in the above report. Some excerpts have been used from the report. 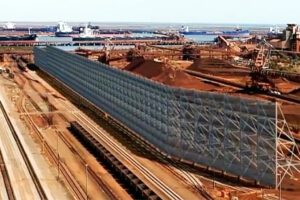