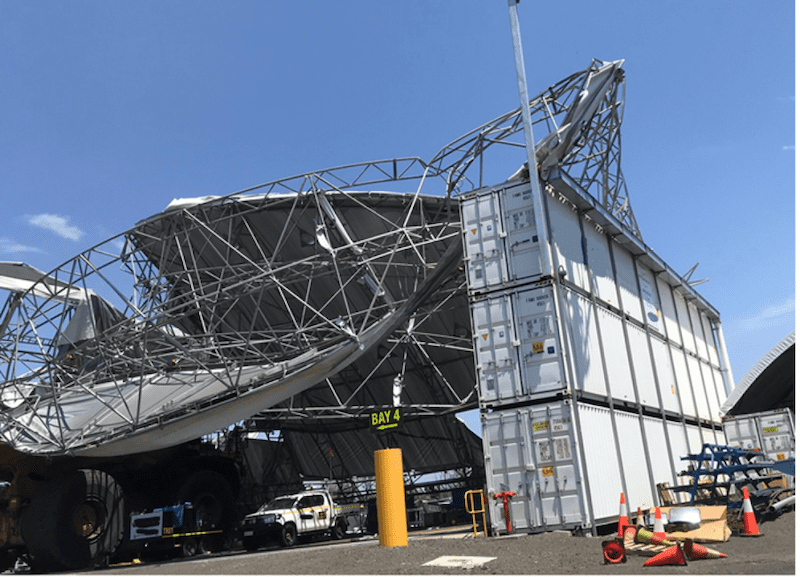 According to safety report from Queensland Coal Inspectorate, recently several coal mines experienced severe weather events characterised by very high wind gusts, hail and heavy rain. The storms approached sites rapidly with the time between triggering the Yellow TARP and the Red TARP at one mine being less than 75 minutes.

The weather events resulted in severe damage to facilities and building structures at the mines including:

Shocking footage of mine workshop collapse

Investigations of weather data suggests that in at least one event the site may have experienced a ‘microburst’ within a severe thunderstorm. Microbursts are very intense downdrafts that occur within severe thunderstorms and supercell thunderstorms. The thunderstorms were localised, intense and had a narrow path through the mine sites. Wind loads on the structures are believed to be within the range specified by the AS/NZS 1170.2-2011, but deficiency in the design meant that the structures were just not robust enough to withstand the storm. Wind loads on exposed structural elements of fabric structures can be significantly higher than the design loads assumed when the fabric clad structure is intact. The forensic investigation of one failure identified structural elements that may not have met design code strength requirements for design wind loads.

The Inspectorate pointed out the key issues:

Queensland Coal Inspectorate recommends site senior executives should: Audit all structures to assess the structural condition and take remedial actions to rectify issues identified. Review the suitability of site facilities deemed to be places of safety during severe weather events. Review historical site and regional meteorological data and storm events. Validate the design criteria, including wind loadings to be used in the design of site structures. Review design and serviceability assumptions of domed fabric structures. Validate the design of existing structures to ensure they are capable of withstanding the assumed loads. 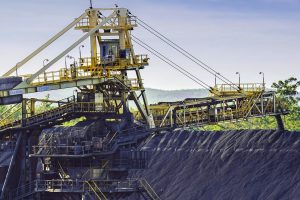 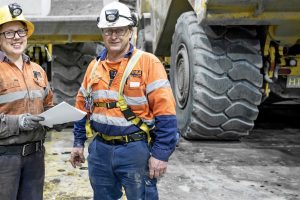