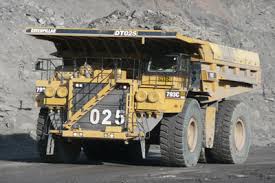 A miner from BMA’s Saraji mine, near Dysart in Central Queensland, sustained serious burn injuries yesterday morning as a result of a truck fire.

According to the CQ News, the man was immediately airlifted to Mackay and later transferred to Brisbane where he is currently receiving treatment in a specialist burns unit.

A BMA spokesperson told the CQ News that all truck operations were immediately suspended.

“As a precaution, all 793C trucks at Saraji Mine have been stopped pending inspection. The remainder of the site is operating as normal, the spokesperson said.

“BMA is assisting the family and providing support during this difficult time.”

The incident has been reported to the Queensland Mines Inspectorate and an investigation is underway.

The accident is the second workplace incident at a Central Queensland mine in a week after a worker sustained serious leg injuries at the Oaky Creek mine near Tieri last Friday.