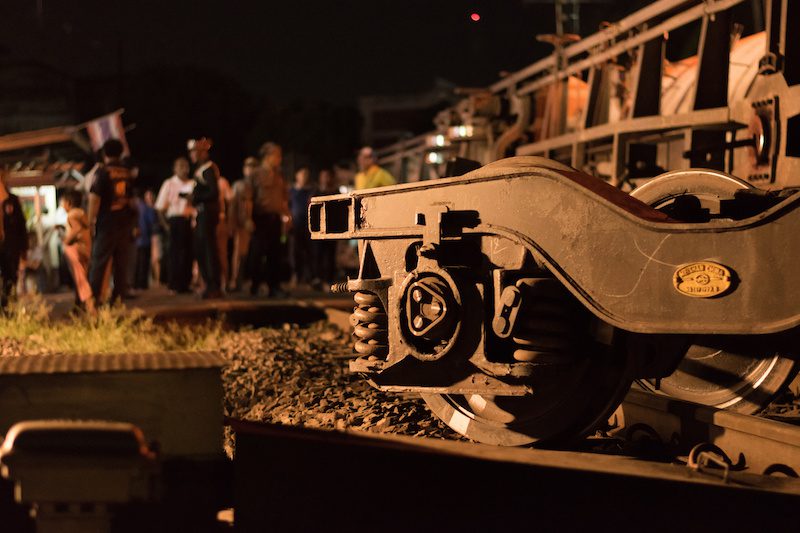 In another coal train derailment, the Australian Rail Track Corporation (ARTC) has confirmed that an incident occurred west of Denman in the Hunter Valley on Wednesday. ARTC is anticipating services will resume on the Sandy Hollow-Gulgong line early next week.

The Australian Transport Safety Bureau (ATSB) said that it is investigating the derailment of coal train MR280 at Baerami near Muswellbrook, NSW, which occurred on 6 February 2019.

ATSB said in a statement that at approximately 0325 AEDT, Pacific National coal train MR280 travelling towards Newcastle derailed as it was travelling through a section of the ARTC network that was under a temporary speed restriction of 20km/h. The speed restriction was imposed in order to mitigate risk due to a measured series of defects in the track. The last six wagons of the loaded train derailed and came to rest adjacent to a stationary train which was in a crossing loop at Baerami. Damage was found spanning approximately 2 kilometres of track in the down direction from the point of rest.

As part of the investigation, the ATSB will obtain a track engineering report and locomotive datalogger information and will interview the train crew.

A final report will be released at the end of the investigation.

The ATSB also stated that ‘Should a critical safety issue be identified during the course of the investigation, the ATSB will immediately notify those affected and seek safety action to address the issue.’

The train was returning from the Moolarben coal mine, north-east of Mudgee.

A Yancoal spokesman told Reuters that its Moolarben Coal complex had been directly impacted by the train derailment but that it was too early to advise of any potential impact to customers, as it awaited confirmation of when haulage would restart.

A Glencore spokesman referred Reuters to Pacific National. Representatives from Peabody were not immediately available to comment.

The incident is Australia’s third mining train derailment in as many months.