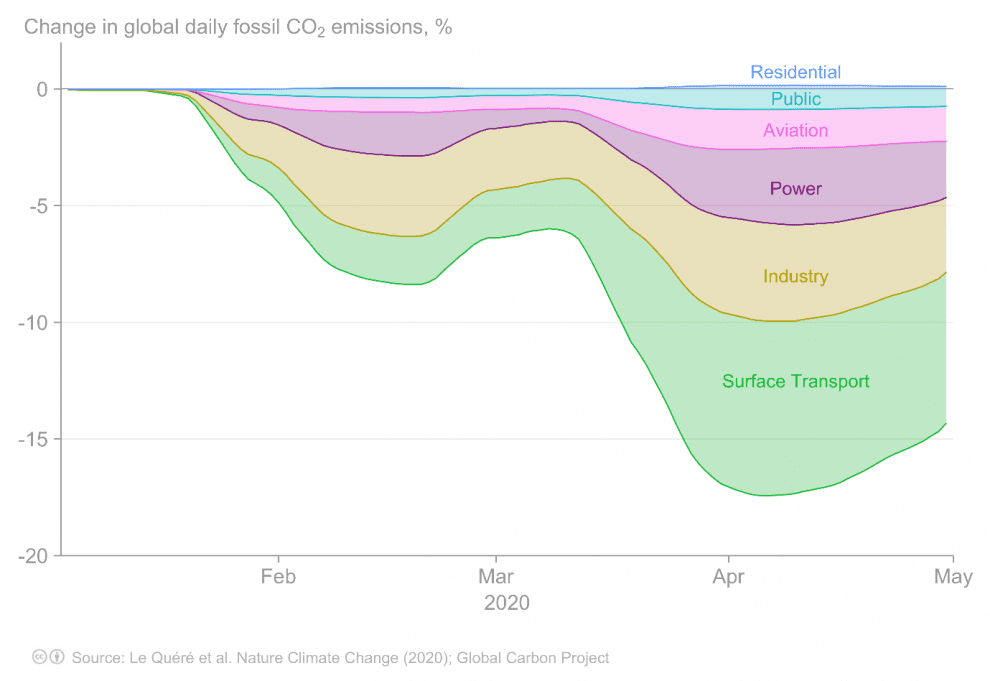 Carbon dioxide emissions from fossil fuel sources reached a maximum daily decline of 17 per cent in April as a result of drastic decline in energy demand that have occurred during the COVID-19 pandemic.

The preliminary analysis, published recently in Nature Climate Change, was conducted by researchers from the University of East Anglia, Stanford University, the CICERO Center for International Climate Research and CSIRO as part of the Global Carbon Project.

“To put that figure in context, daily emissions declined on average between January to April by 8.6 per cent again compared to the same period last year.”

The impact of COVID-19 on global emissions has been estimated based on a combination of energy, activity and policy data available up until the end of April 2020.

The data was drawn from 69 countries, including Australia, that represented 97 per cent of global emissions and 85 per cent of the world’s population.

Estimates were then compared against daily emissions data from the same period in 2019.

“Decreases in emissions in 2020 were largest in China where industry and communities first locked down, followed by the US, Europe, and then India,” Dr Canadell, who is also a co-author of the paper, said.

“The peak 17 per cent daily decline on 7 April was because China, the US, India, and all other major carbon-emitting countries were all in a high-level of lock-down at the same time.”

Researchers estimated country level emissions based on a ‘confinement index’ representing the effect of different national policies and estimated impact to six sectors of the economy: electricity and heating (power), surface transport, industry, public buildings and commerce, residential and aviation.

They determined the decrease in emissions for each sector based on the severity of confinement (lock-down) and impact on the sector.

The global decrease in emissions has been triggered primarily by changes in numbers of cars and other vehicles on the road (the surface transport sector – which also includes shipping) leading to a 36 per cent decrease in emissions, equivalent to 7.5 megatonnes (5.9 to 9.6) carbon dioxide (CO2).

Lock downs of varying levels have restricted the ability of people to travel in passenger cars and commute to work.

“Across other sectors, the power sector ranked second and the industry sector (encompassing manufacturing and material productions) third in terms of their contributions to the global decrease in emissions in early April,” Dr Canadell said.

“With people being urged to stay home and isolate there was a corresponding increase in global residential emissions (2.8 per cent) which saw a 0.2 megatonne (0.1 to 0.4) increase in CO2 at its peak decline.”

The global aviation industry, which has been largely grounded as a result of COVID-19, saw a 60 per cent decline in early April emissions compared to 2019. This is equivalent to 1.7 megatonnes (1.3 to 2.2) CO2.

Overall emissions in 2020 will be dependent on how long and to what extent confinement lasts, the time it will take to resume normal activities, and the degree to which life will ‘return to normal’, said the co-authors of the paper.

If countries remain in lock down at varying levels until the end of the year, there is estimated to be an overall decrease by 7.5 per cent (2.7 to 12.9).

However, if economy and society-wide restrictions lift by mid-June, there is estimated to only be an overall decrease of 4.2 per cent (2.2 to 6.6). 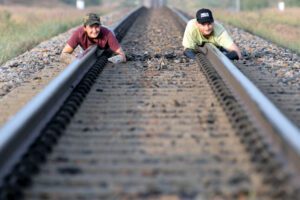