AMSJ » Cultural Safety | Why do we have to do the Death-Knock? 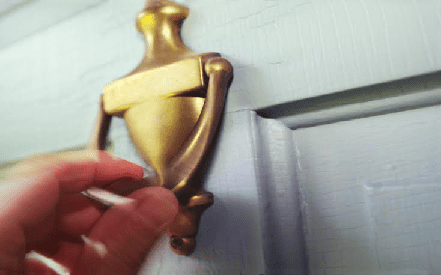 Spotlight on cultural safety | There is that awful rapping of the knuckles on the door. It usually has to be repeated 2-3 times; the manager always seems to knock ever so quietly. Why do you think that is? Firstly, they don’t want to be there. Secondly, they are so anxious all strength has left them. Thirdly, there is a blind hope that no one’s home and they can dodge the bullet. Fourthly, they would rather be anywhere in the world than standing at that front door …… and there are many other reasons as well. What got me to thinking about this again?

Well, when I heard of the death of a mine worker in Mt Isa a couple in 2014. I instantly felt for the person’s family and friends. My mind also travelled to his colleagues – “There but for the grace of God go I”, is probably traversing their own thoughts. Finally, I was reminded of the number of times I have walked up a driveway to assist a manager do the ‘corporate death-knock’.

All of the above had me thinking about the world’s worst lag indicator. For me that used to be Lost Time Injury Frequency Rates (LTIFR) – it probably still is.  Surely the worst of the worst though has to be around how people are killed just doing their day-to-day work.

In our businesses, we do many things to improve safe operations – yet we always seem to lose track of what is important – our people. We just became complacent. We see so many small errors occurring (without result) that we start to subconsciously start believing they really don’t matter. In the safety world, we call this the ‘normalisation of deviance’ – and it is found to be a major contributory factor in almost all accident causation sequences.

The early evidence (supported via multiple sources) is that the Drill Supervisor on the Deepwater Horizon oil rig very loudly expressed genuine concern that the operation they were undertaking was a great risk (an unexpected vibration in the drill structure had been observed) and should be ceased immediately until such time as it could be properly investigated. There was a major argument on the drill deck and the Drill Supervisor was over-ruled by a senior BP staff member. Don’t just take my word for that simplistic synopsis – do your own research.

Was it anyone’s intention to kill 11 people that day? Of course not! So what happened? BP struck (yet again) the ‘Iceberg of Indifference’. They had become so focused on the outcome and cost that questions of risk went to the bottom of the pile. They had been drilling for years with no significant events. Why should something happen now?

Clearly, if we have been ‘safe’ for over seven years then there is no reason to believe now is the day. It is that style of thinking which leads us to death’s door. Think of it another way. Every day away from a significant event, is one day closer to the next one. This is logically and mathematically more sound than the prior ‘thinking’. Yet we choose to ignore it. Why? Because it is easier. In almost every case when we investigate an incident we find that there were always warning signs that were ‘filed away’. We’ve had them before and nothing has happened. Same thinking.

I know that many mining companies have ‘near miss’ incidents each and every day.

I know this from direct experience within the sector myself, and from the many contacts within the global mining space who are kind enough to keep me appraised about what is going on. Indeed I am aware of one ‘near miss’ that, if there was an ignition source present, the mountain may have gone to Mohammed.

So what we see after a fatality is a greater focus on safety and behaviour. Is this sustained though? Afraid not! That is the saddest observation of all. Rarely do our colleagues die for a reason; because within six months to a year we are back to doing what we were always doing. We are dragged back to the homeostatic culture that existed prior to their unnecessary death.

Of course there are those businesses who do see these sorts of disasters as clarion calls toward maximal introspection and they make a significant effort toward optimising their safety cultures. That is an enormous discussion in itself, because most businesses have no idea what safety culture truly is.

To make matters worse there are too many safety consultants out there flogging non-scientific home-grown products (snake oil) that provide a very false sense of security. Makes the senior managers happy though – not a lot to worry about – until something goes bang.

So how do we avoid the Death-Knock and improve cultural safety?

Well the evidence is clear – focusing heavily on LTIFR and other lagging metrics will not do it.

You actually have to get in front of the game. To do that you seriously, and with commitment (both emotional and fiscal), must be willing to invest in developing a proactive safety culture that values and explores the leading indicators of safety performance. Added to that is an understanding of those organisations that operate in high hazard toxic environments – with minimal incidents. They implement processes around what we call High-Reliability Organising (HRO). It is when you do this, and do it consistently and regularly, that you shall begin to see the aircraft carrier that is your business begin to veer away from that ‘Iceberg of Indifference’

David G Broadbent is a Safety Psychologist and is one of the world’s leading thinkers on the relationship between leadership, cultural safety performance outcomes. He has assisted many organisations in their journey toward -Functional understandings of accident causation, Appreciating why “good people” make mistakes, Transforming “safety leadership” toward optimal competencies and Developing a powerful and resilient culture of safety. 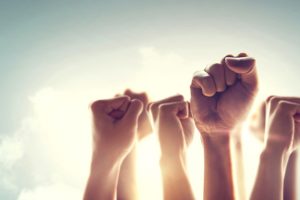 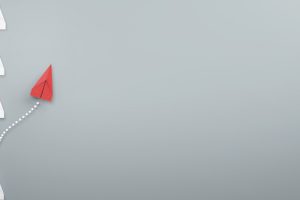 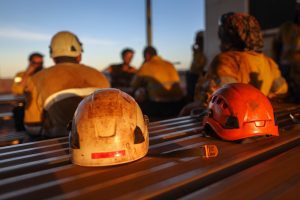