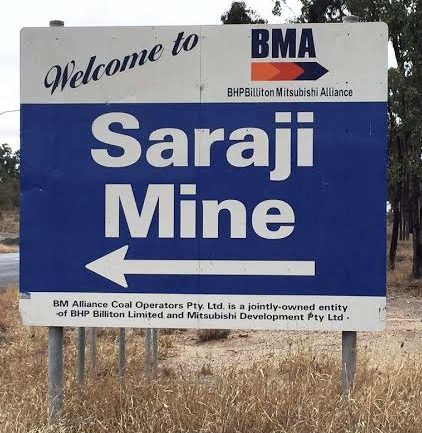 In the lead up to the funeral of miner Allan Houston next Monday, the Queensland Mines Inspectorate has announced an investigation into the incident that claimed his life at the BMA Saraji Mine on New Year’s Eve.

The Department has reportedly advised an Australian media organisation that the dozer was travelling along a bench at the BMA Saraji site and….

“For a reason yet to be determined, the dozer went over the bench’s crest and rolled downwards around 20 metres. It came to rest on its roof in an area of mud and water of around two metres depth. The dozer was traversing without having its blade in contact with the ground, in an area where three bulldozers were pushing overburden material.”

According to statements made to the Australian media organisation, the Department stated that “another dozer operator at the Central Queensland mine witnessed the incident called the emergency services team immediately.”

CFMEU Mining and Energy Queensland President Stephen Smyth previously said “We are concerned that safety incidents on BHP mines are not leading to an adequate review of operating procedures, neither at the site, the incident occurred nor across BHP’s network of mines”

“BHP has thousands of lives in its hands every day across its Central Queensland coal mines.We are aware that Allan’s death has followed a number of near misses. In the wake of this week’s shocking fatality, workers are looking for greater reassurance that the company’s rhetoric about safety is being matched by action.”

Areas that the CFMEU is seeking further information from BHP include:

Access and egress into work areas: Has the company ensured that all workplaces and locations have both safe access and egress into their workplace/locations? Movement around work sites is critical, especially in the inherently dangerous conditions of a coal mine with massive machinery, water and operation throughout the night.

The CFMEU is aware of a number of vehicle rollovers at BHP mine sites over the past year, similar in nature to the incident that caused Allan Houston’s death, including a near drowning from dozer rollover just six months ago.

More to come on the investigation into Saraji incident