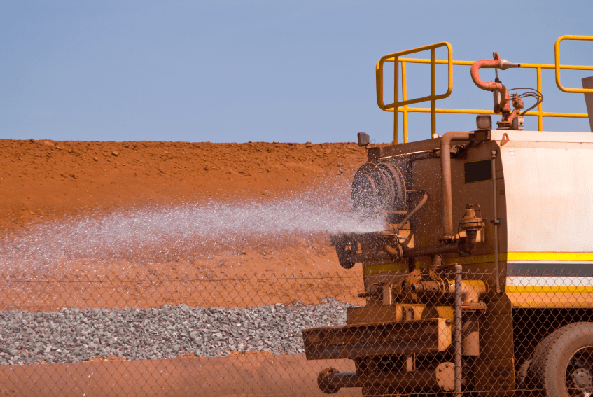 Disciplinary action against the driver of a water truck who inadvertently caused an accident at BHP’s Peak Downs mine has been deemed appropriate by the Fair Work Commission.

The worker, Mr Julio Reyes, was verbally counselled as part of Step 1 of BHP’s disciplinary process, after he over-watered a section of road which led to a second water tanker slipping and toppling on its side.

The driver of the second water tanker was injured in the accident and the tanker was damaged beyond repair. BHP was forced to replace the tanker at a cost of $1,200,000.00.

The incident happened in August of 2013.

Through his lawyers, Mr Reyes told the Fair Work Commission that the disciplinary action was inappropriate as he had followed the site’s standard procedure for applying water to the road.

However, Commissioner Lewin from the Fair Work Commission found that the disciplinary action was fair as Mr Reyes was required to exercise some judgement in his role.

“It was Mr Reyes’ responsibility to water the road and to do so carefully and diligently. There was an excess of water on the road which either caused or significantly contributed to the accident,” Commissioner Lewin reported.

“It seems to me that in deciding to issue the verbal counselling for failing to operate the water truck appropriately to the prevailing conditions Mr Perry concluded that Mr Reyes had paid insufficient attention and deficient judgement to the task of watering the road.”

“Mr Reyes was required to exercise skilful judgement of the application of water to the road. It may well have been the case that the water would have dispersed or evaporated from the relevant section of the road in due course. However, that possibility is uncertain and how long that would have taken cannot be determined with certainty”

In handing down his decision, Commissioner Lewin said Mr Perry’s verbal counselling was, “…reasonable management action carried out in a reasonable manner.”

“The decision was not harsh, unjust or unreasonable in all the circumstances.”