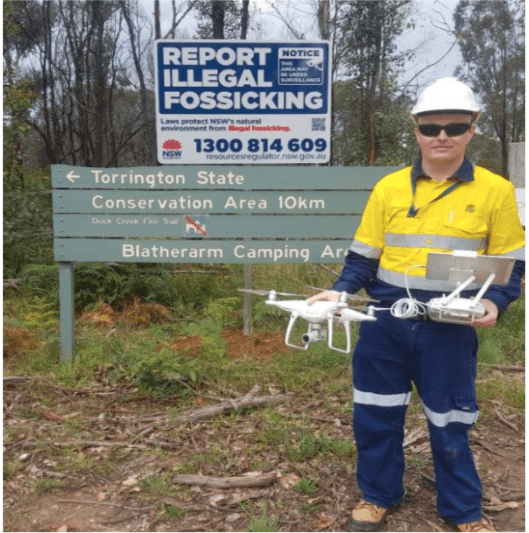 The NSW Resources Regulator has teamed up with the National Parks and Wildlife Service to target illegal fossicking in the Torrington State Conservation Area.

Resources Regulator’s Director of Compliance Steve Orr said signs have been installed in the conservation area encouraging reporting of illegal fossicking, and drone technology will be used to detect the practice being carried out.

An investigation into alleged illegal mining in NSW

“Fossicking is a lawful activity in NSW however, recent reports suggest that some fossickers in the Torrington State Conservation area are using powered equipment which is prohibited under the fossicking guidelines and the mining laws,” Mr Orr said.

“The use of powered equipment can cause significant damage to the environment, erode creek beds and destroy native ecosystems.

“Our inspectors will be using the latest drone technology to detect illegal fossicking and those found to be flaunting the laws will face appropriate sanctions.

“Anyone who witnesses suspected illegal fossicking activities is encouraged to contact the Resources Regulator on 1300 814 609.”

Fossickers using powered equipment can face on the spot fines of up to $750 and repeat offenders may be prosecuted.

Prohibited power-operated equipment can also be seized by inspectors.