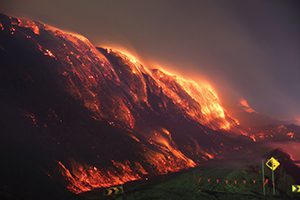 An electric service company has been charged with 10 safety breaches after the Hazelwood mine fire in Victoria’s La Trobe Valley, which burned for almost 40 days.

After a WorkSafe investigation, the Hazelwood Power Corporation was charged with 10 breaches of the OHS Act 2004 in relation to preparedness for the blaze, which took hold of the mine on February 9.

“WorkSafe has also completed its investigation into alleged breaches of the OHS Act by the Country Fire Authority, the Metropolitan Fire and Emergency Services Board and the Fire Services Commissioner in relation to risks to firefighters from exposure to carbon monoxide and contaminated water during the early stages of the coal mine fire,” a statement from WorkSafe said.

“After a review of all the available evidence, WorkSafe has determined that each party took steps that were reasonably practicable to protect the health and safety of their employees and others. As a result, no further action will be taken.”