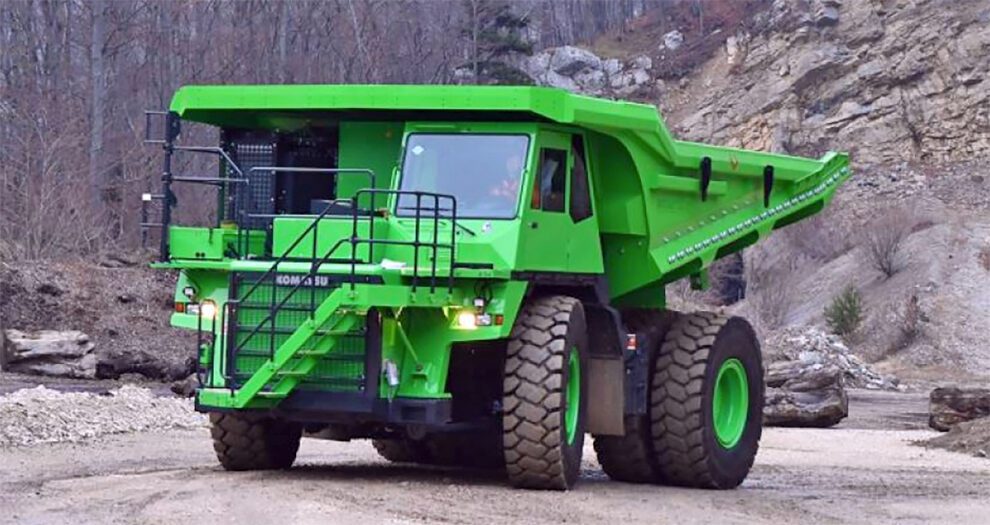 Switzerland-based Kuhn-Gruppe recently released what it claims to be the world’s largest self-charging electric vehicle. The 40-tonne Elektro Dumper (eDumper) dump truck is designed to continuously transport 59 tonnes of material without stopping.

On a 13 per cent grade the heavy vehicle is promised to recapture more than enough energy to recharge its 600 kilowatt per hour (kwh) battery pack, which weighs 4082 kilos and can power six long-range Tesla Model S sedans.

The eDumper is based on the Komatsu HB 605-7 rock truck that measures nine metres long, four metres wide and four metres high. The tyres are 1.8 metres tall.

“The greatest challenges involve the acquisition of the relevant data and the provision of identical or superior drive performance, which is a feature of electric vehicles,” the Kuhn-Gruppe website said.

“Conversion of existing machines in the context of a refit or the replacement of diesel engines, or the addition of high-voltage batteries in mains-driven construction machines, represent added value which eMining is developing and offering as an extra.”

Global pay television network CNN previously invited Formula E race car driver Lucas DiGrassi to test out the dump truck. He reportedly reached the top of the grade with an 80 per cent charge, and regenerated 8 per cent on the way down.

The manufacturer claims the eDumper can generate 200 kwh of extra power after making 20 trips each day. This equates to 77 megawatt hours a year, potentially saving up to 88,000 litres of diesel and 196 tonnes of carbon dioxide annually.