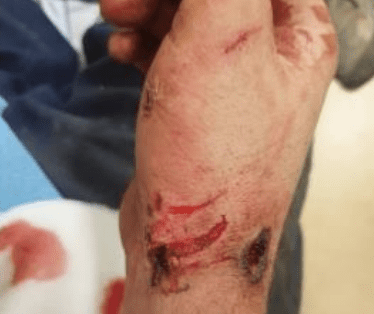 An electrician has received traumatic arc burns in an electrical incident at a Western Australian mine when current arced between two terminals and 1000V electric shock passed through his wrist.

The WA DMIRS is currently investigating the electrical incident but has revealed that in March the electrician was was fault-finding on his own in a vent fan control panel during a night shift. 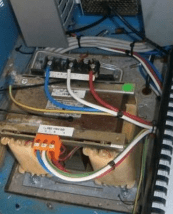 The Regulator said ‘he was wearing 1000V Class 0 rubber gloves and attempted to remove a plastic cover to access control relays. The cover fell to the floor of the panel and adjacent to a control transformer (1000V/110V).’

‘He reached down to retrieve the cover and his glove caught on the sharp edges of exposed terminal lugs of the control transformer which punctured the rubber glove.’

‘He received a 1000V electric shock through his wrist when the current arced between two exposed cable terminals through the puncture holes in the gloves.

He was able to remove himself from the panel and drove to the workshop. Another worker drove him to a regional hospital. He was transported to Perth and has undergone multiple surgeries.

The Regulator says that the direct cause of the electrical incident was the electrician ‘placing his hand between live 1000V terminals of a control transformer.’

It has also indicated that other issues contributed to the electrical incident including the fact that the electrician was working near energised electrical equipment.

According to the regulator’s report, the electrician did not isolate or test before working on the equipment. There was no protective shroud over the 1000V control transformer terminals.

Interestingly, the regulator has highlighted issues surrounding the rubber insulating glove. It says the glove was punctured when pushed past sharp edges of the terminals cause holes to form in the glove. 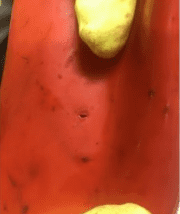 It also confirmed that it believes that ‘Inadequate personal protective equipment (PPE) was being used.’

It is likely the mining operation may be prosecuted for the electrical incident given the severity. It has drawn attention to pre-work risk assessments and the provisions of AS/NZS 3000 ‘Electrical installations and other relevant standards’