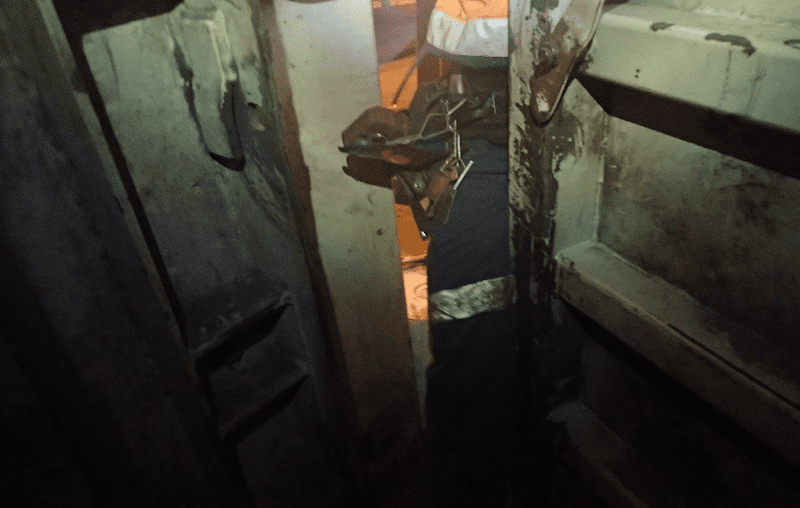 A report on an ERZ controller trapped in an airlock door during an inspection of final seals and gas monitoring stations in return airways has highlighted issues around effective working alone procedures and processes. The Queensland Department of Natural Resources and Mines has recently released the investigation report urging mines to review current practices around working alone among a range of other hazards.

The Department confirmed that a mine ERZ Controller sustained permanent disabling injuries after his leg was trapped in an airlock door for over five hours. This potentially life-threatening injury also had a high risk of amputation.

It also follows another USA based incident where a mineworker was killed in auto closing doors.

How did the incident occur?

Background of the incident

Workers at a central Queensland mine were monitoring a longwall seal up process, part of which included regularly inspecting the final seals and gas monitoring stations in the return airways.

Of the five portal airlock entrances at the site, three were of different designs.

Airlock 1 (see image 1) is the design of the airlock the ERZ Controller was trapped in at the outbye door. 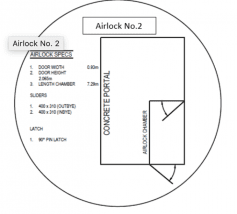 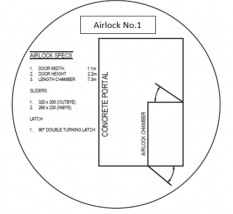 Airlock 2 is a common airlock design normally used for access at points with high-pressure differentials.

A third design (not shown) had both doors opening toward the return airway (inbye). The mine had no established standard for airlock design at the time of the serious accident.

At the time of the serious accident, up to 1981pa pressure differential appeared across the airlock where the serious injury occurred, calculated to produce 426.4kg force against the ERZ Controller’s leg.

The site did have a current procedure for ‘Working alone in isolated areas’ (‘working alone’ procedure) of the mine, however, the procedure was not applied and monitored consistently.

The same mine had a serious accident in 2013 when a coal mine worker was trapped in a cable reeler on the surface of the mine. In similar circumstances, the injured worker was not found immediately and sustained a permanently disabling injury.

This incident was the impetus for implementing the ‘Working alone’ procedure at the mine.

Investigation of the incident

The investigation identified the mechanism for the inbye door opening was the brattice covering the inbye door shifting, as the change in pressure against it increased, and that the inbye door handle had been modified during a repair and could no longer fully latch closed.

It is plausible that the brattice shifting rapidly, the lesser area of the handle contacting the door frame and the high-pressure differential, all contributed to the uncontrolled opening of the inbye door.

An alert had been raised for the ERZ Controller’s whereabouts prior to this, but this alert had not escalated beyond checking tag boards, lamp racks and verification phone calls to employees’ listed contacts.

Findings from the nature and cause investigation

Recommendations to improve health and safety

The report was first published by the Queensland Department of Natural Resources & Mines as Mine ERZ Controller sustains injuries trapped by an airlock door Mines safety bulletin no. 180 | 14 March 2019 | Version 1. Mines are urged to share the information.