AMSJ » Explosion in truck cabin in underground mine 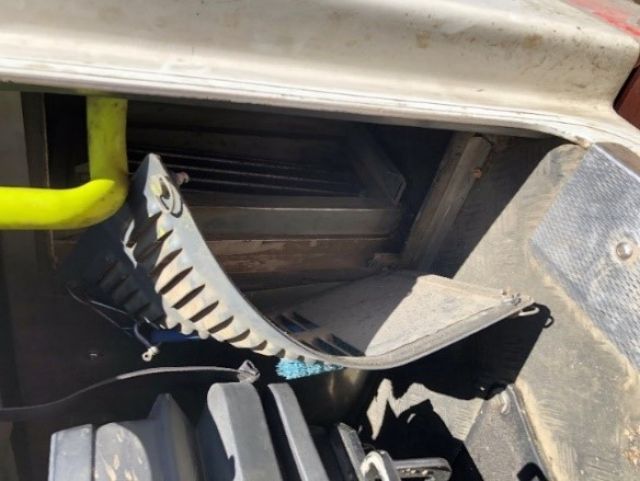 Queensland Resources Safety & Health has released an incident report regarding a mine worker being seriously burned in an explosion in a truck cabin.

On 11 January 2021, a serious accident occurred while a mine worker was driving a truck in an underground mine. There was an explosion in the truck cabin causing serious burns to the worker’s face, hands and chest. Fortunately, the worker’s eyes were protected from the blast by safety glasses.

The force of the blast dislodged some of the windows of the truck’s cabin and these were blown clear of the truck. Figure 1 shows the deformation to the metal filter access panel for the air-conditioning (AC) system and Figure 2 shows a window lying where it was ejected by the blast.

A similar incident occurred in 2014 when a drill operator in a coal mine suffered burns to the face, hands and torso in an explosion after hydrocarbon refrigerant leaked from the AC system and ignited.

Queensland Mines Inspectorate recommends to the Site Senior Executive must ensure that: