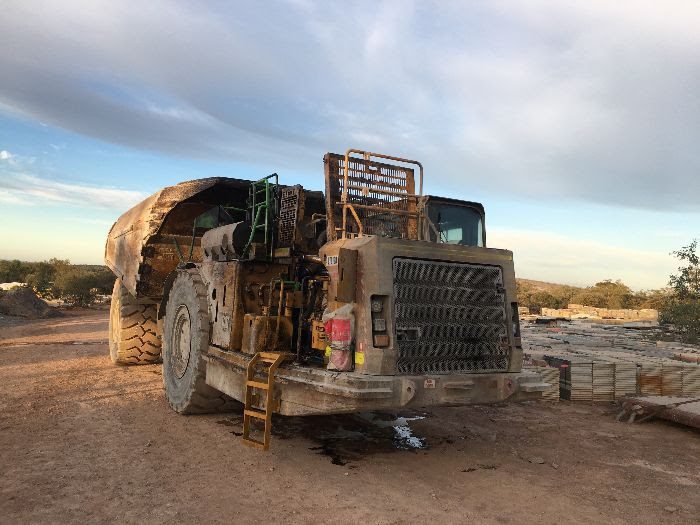 The NSW Resources Regulator has reported an incident of a haul truck engine fire in an underground metals mine.

According to the report, while driving to the surface park up area, approximately 100 metres from the portal, a haul truck’s engine caught on fire. The haul truck operator saw the flame coming from the exhaust guard. The fire suppression system was initiated, which extinguished the flame.

The mine identified that the ‘O’ ring failed, resulting in the spray of hydraulic oil onto the hot engine components. The Resources Regulator has identified a concerning increase in reports of a fire on mobile plants. Escape of fluids ignited by hot surfaces has been identified as one of the top two causes, along with electrical wiring faults.

MinEx NZ has published a safety alert of a fire loader accident. According to reports, a loader operator noticed smoke while in the cab of a loader. Looking behind him, he saw flames behind the cab.

He removed his seatbelt, called on the radio to a nearby person and upon opening the cab door, flames lapped at the top of the steps.

He reacted quickly and jumped through the flames to the ground. Another employee came to assist with a fire extinguisher, but the flames were too high, and they evacuated the area.

Luckily, no injuries were sustained. Mobile equipment fires can spread quickly, and it is important to identify where your nearest exit is in the event of a fire.

MinEx data on incidents with the potential to cause harm over the 33 months to March 2020 show 3% of all incidents (92 incidents) result from fires, most of which involve mobile equipment.