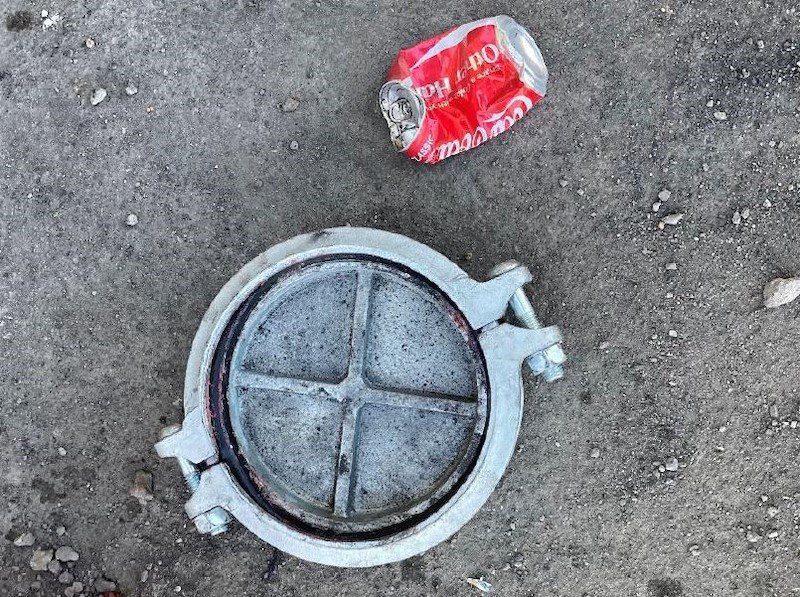 The NSW Resources Regulator has reported an incident that occurred at an open cut coal mine. According to the report, during the commissioning of a new water line, the end cap was being undone in order to remove air build-up when it ejected under pressure. It travelled approximately 25 metres and hit nearby infrastructure.  A worker was using a socket and ratchet on the end cap bolts and was working from an elevated work platform about five metres from the ground at the time. The worker was not injured.

The Regulator said: “Mine operators are reminded that effective isolation and energy dissipation is critical risk control when working on pressurised fluid systems. Loosening bolts on an end cap is not a suitable method of dissipating air pressure in a water line. Appropriately rated valves should be used. Operators must ensure that pressurised fluid lines are isolated, with pressure dissipated prior to removing end caps.” Refer to Safety Alert: SB12-03 Fluid power isolation failures

The NSW Resources Regulator has published an incident that caused a worker’s face injury at an underground coal mine. According to the report, a worker was blasted in the face by compressed air while attempting to extend a two-inch airline. The worker was connecting a pipe to a manifold that was being held by a second worker. The second worker unintentionally hit the ball valve, which allowed the compressed air to escape. The injured worker was hospitalised with facial injuries.

The Regulator said unfixed pressurised hoses should not be worked on without isolating the energy source and dissipating any stored energy. Operators should consider using gate valves in place of ball valves to isolate airflow.