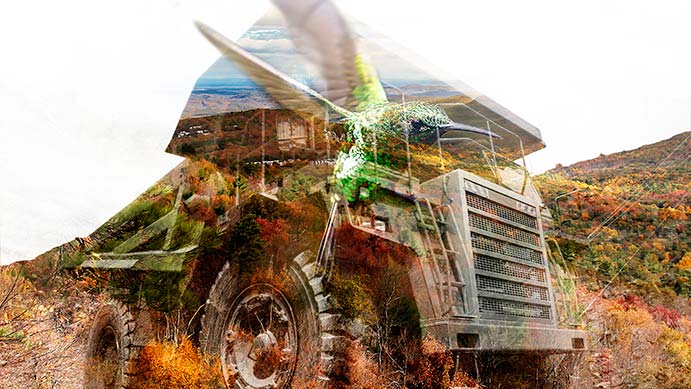 The Federal Government has announced a further $539.2 million in funding for new emissions reduction projects, calling it a necessary and pragmatic step towards helping Australia meet global emission targets.

“QRC members are actively pursuing and investing in emission reduction initiatives to reduce their carbon footprint, so these new Commonwealth funds will help accelerate that progress,” Mr Macfarlane said.

“It’s also great to see the Federal Government recognise the sequestration opportunities available in Queensland like the work that Glencore and Millmerran Power Station are doing near Wandoan.

“With 60 percent of our member CEO’s currently considering hydrogen-related business opportunities, and a further 10 per cent already committed to hydrogen projects, the news of this federal funding will be well received across our sector.

“Resources companies are heavily reliant on technology, so investing in low emission technologies like hydrogen and carbon capture use and storage (CCUS) helps position our sector as a sustainable and innovative resources powerhouse, and cements future opportunities for Queenslanders.”

Mr Macfarlane said the QRC looked forward to continuing to work constructively with the State and Federal Governments to provide the technological solutions necessary to ensure the resources sector can thrive while Australia meets its emissions reductions targets under the Paris Agreement and beyond.

He said Queensland already has a range of hydrogen projects and studies underway such as Origin’s green hydrogen export project in Townsville and Stanwell’s renewable hydrogen export facility in Gladstone, with more projects expected in the future.

A number of QRC member companies are also involved in researching how to decarbonise their operations:

Mr Macfarlane said Gladstone was well suited to being one of several ’clean hydrogen hubs’ across Queensland because of its long history of building new export industries to service international demand for commodities such as coal, aluminium, timber and LNG.

“Much of the engineering expertise necessary for a hydrogen industry is already available in Queensland because of all the work that’s been done to build LNG projects on Curtis island, “ he said

Mr Macfarlane said Queensland is ideally suited to support a thriving hydrogen export industry with 300-plus days of sunshine a year, close proximity to large Asian export markets and a history of co-existing with other regional industries.

“The resource sector also has the essential skills base and strong safety culture that can drive the state’s hydrogen sector forward on a large scale, and position Queensland as a leading producer of this emerging renewable technology,” he said.