AMSJ » Financial stress of mine workers triples in two years 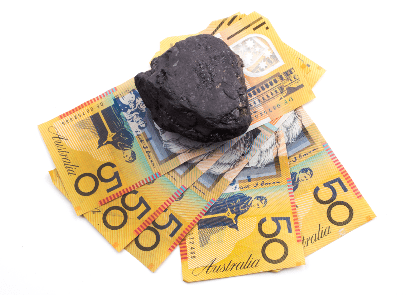 Workers in the mining industry are almost three times as likely to experience financial stress in 2016 compared to 2014, according to new research.

Twenty-six per cent of people working in the mining industry are financially stressed (compared to 9 per cent in 2014) according to research undertaken by AMP for its 2016 Financial Wellness report.

The research has revealed Australians’ confidence in their finances continued to decrease in the past two years from 54 per cent of people confident in 2014, compared to 48 per cent in 2016.

Lower confidence is despite an increase in disposable cash held by Australians, rising 6.3 per cent over the past two years.

“Financial stress is a common occurrence in the Australian workforce, with more than 2.8 million employees, representing one in four workers, under financial stress in 2016,” AMP director corporate superannuation Vicki Doyle said.

“People who experience financial stress are more likely to be unable to work due to stress-related sickness, which can affect their health and morale in addition to lowering workplace productivity – at an estimated cost of $47 billion in lost annual revenue for employers.

“It’s important we find ways to address levels of financial stress in the workplace.

“We know the real difference financial goals can make in preventing and overcoming financial stress. Australians who have clearly defined goals are much more likely to be financially secure.”

The research shows financially stressed employees lose on average 6.9 hours of productive work per week and, on average, are absent 1.3 hours per week due to stress-related sickness.

Financial stress is highest among workers in accommodation and food services, with 35 per cent of people financially stressed. Employees are also at high risk of financial stress in healthcare and social assistance (32%), and administrative services (31%).

“In addition to the personal impact of financial stress, we’re also seeing a significant impact on business owners and operators through lost productivity and employee absenteeism, which is particularly high in the hospitality and healthcare industries,” Ms Doyle said.