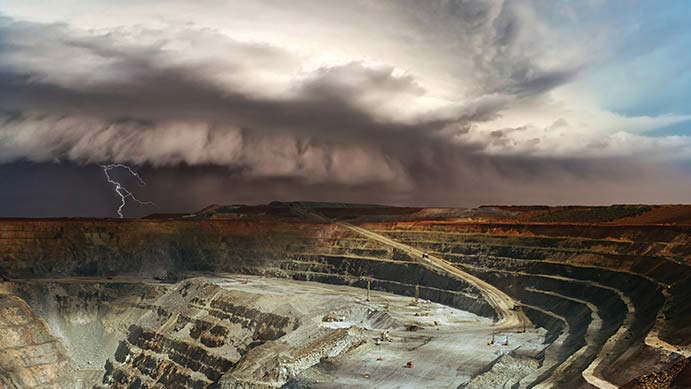 The vast continent of Australia experiences the full range of weather phenomena that Mother Nature has to offer. Australians have worked to manage the continent’s often dramatic weather conditions in order to prosper – from early agricultural communities to modern-day participants in Australia’s diverse economy.

Australia’s mining industry is particularly exposed to Mother Nature’s caprice. High winds can damage mining infrastructure, including on-site housing for workers. Flooding can pour into open pits and underground mines, putting workers in danger and destroying equipment. Lightning can cause explosives to detonate prematurely, producing the same sort of risk. And adverse weather conditions can delay or setback the construction of mining facilities.

The devastation wrought by heavy rainfall on Australian mines over the past few years is a glaring reminder that insufficient preparation for severe weather can cause financial ruin and damage reputations. 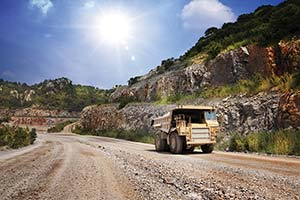 The more information a mining operation has about upcoming weather, the better it can protect its workers. Miners are highly exposed to the elements, and many weather conditions pose serious and at times deadly threats. Lightning strikes can be life-threatening for workers caught in a storm, and they can destroy equipment and detonate blasting explosives.

Heavy rains can trap workers on site or in the mines themselves, and strong winds can be devastating in the field. For example, Severe Tropical Cyclone George severely damaged housing at a Pilbara mining camp in March 2007, costing not only infrastructure damage, but also lives.

With accurate forecasts, decision-makers can be warned in advance about dangerously strong winds, often produced by tropical cyclones and severe thunderstorms. Armed with this information, they can determine whether shelter should be taken or if miners need to be evacuated altogether. They can track lightning strikes in approaching storms and move workers to safety at the right time. Accurate rain intensity, timing and duration can provide the necessary information to understand flooding risks and adjust operations accordingly.

What sets advanced forecasting systems apart from the nightly news weather forecast is the level of detail, specificity and accuracy available on certain platforms. Accurately tracking the location and frequency of lightning strikes in real time is well-beyond
a basic weather forecast, while winds and rains can be forecast with a high degree of localisation so operations managers can make the right decisions to protect their workers at the right time.

Heat stress is another growing problem for the industry – high temperatures and high humidity can take a devastating toll on workers. With the advent of climate change, days of dangerous heat will become more and more frequent. While these days are hazardous for all, the risk of serious health complications from heat stress are far greater for physical labourers like miners, who can collapse under these conditions while performing strenuous tasks or operating equipment.

Making the right management decision at the right time in response to weather conditions can not only ensure the safety of workers, but also maximise efficiency. If workers are given sufficient warning, they can prepare both themselves and the mines for impending severe weather, thereby minimising financial risk and increasing efficiency.

On the flipside, management armed with accurate weather analysis can, when appropriate, instil confidence in workers that upcoming weather will not be threatening, allowing operations to continue unabated. If imminent weather patterns do pose a threat, management can cease operations and salvage equipment before it’s too late. Several examples make this particular benefit of timely and accurate weather forecasts clear.

Queensland experienced above average rainfall during the 2008 wet season, as a tropical storm system rolled inland and dumped heavy rainfall on the region. There were significant financial consequences, as rivers rose, dams were breached, and pits were inundated. Damaged equipment and lost operations cost millions of dollars.

If the management of affected mining operations had utilised a proven early warning forecast system they trusted, costs and downtime could have been significantly reduced. This particular storm system was not a major La Niña event widely known and understood by the public, but a more anomalous one that only a more sophisticated weather solution could detect, analyse and communicate to mining management.

Overflow can be a major concern, as it reduces efficiencies and can harm the environment if contamination moves downstream.

As another example, dams used by coal mines to control runoff can overflow if decision-makers are unaware of impending heavy rainfall. Overflow can be a major concern, as it reduces efficiencies and can harm the environment if contamination moves downstream.

For example, in drier areas, such as the south-western part of the country where bauxite mining is common, it is crucial that mining operations find a balance between keeping sufficient water in dam reserves for operations, but not too much so that overflow occurs during periods of heavy rain. Accurate weather forecasts allow management to control this process more accurately and with confidence.

Armed with accurate weather data and forecasts, mining operations can make smarter infrastructure investments and planning decisions that maximise resources. Mining management can better prevent flooding from overwhelming pits and underground mines by investing in the right capacity of water management infrastructure at the right time, ensuring that their operations have the precise capacity of water pumps needed to handle expected precipitation.

With accurate weather predictions, mining companies can also more effectively plan construction timelines around the wet and dry seasons, which is important because unexpectedly wet conditions can shut down construction and lead to millions in losses.

For example, in the northern parts of Queensland the ongoing construction of mining facilities is scheduled around the wet season, when potentially devastating cyclones are likely. Even just fine-tuning infrastructure investments in light of accurate and hyper-specific weather forecasts can save millions.

It has been several years since the last El Niño event, so here’s what to expect:

Weather outlook for this season

The Australian tropical cyclone season extends from November until April. An El Niño event is expected during this period accompanied by lower than average cyclone activity. This decrease in activity is typically more marked in Queensland and the Northern Territory than Western Australia during such periods.

The intensity of tropical cyclones affecting central and eastern parts of Australia also tends to decrease during El Niño years, slightly lowering the risk of severe cyclones. However, for mining companies it is often the weaker cyclones and ex-cyclones that produce
the worst impacts, as heavy rainfall often accompanies those systems well inland.

These trends are fully expected to continue, with an increase in average temperatures likely this year as Australia is influenced by an El Niño event. Higher than expected daytime and night temperatures produce an elevated risk of heat stress, especially for workers not acclimatised to new work locations in inland parts of Australia.

In recent years, sequential La Niña events and above-average rainfall have produced ample fuel growth in many areas of Australia. With a switch to El Niño this year, high probability of above-normal temperatures combined with an increased risk of reduced rainfall is expected to produce an elevated bushfire risk beginning mid-year for parts of Queensland and the Northern Territory, and beginning in late 2015 for southern Australia as the fire season develops.

Mining operations get a significant return on investment with commercial weather forecasting solutions. Services can be built to be hyper-specific to individual operations, and the benefits of utilising a more sophisticated, customised system instead of relying on the broad regional forecasting data provided by the government are clear.

With better protection for miners, worker retention and productivity will increase. By maximising efficiencies and informing smarter investments in infrastructure, mining operations can reap significant financial gains. And investments in advanced weather forecasting solutions will only yield an increasing return with the onset of climate change as severe weather events become more and more common.

Australians have been trying to predict and adapt to the continent’s dynamic weather system for many years. Now, we are at a point where technology can provide Australian companies with an unprecedented capacity to do just that, building on the tradition of technological innovation that has fuelled Australia’s ascent to the top of the global mining industry. 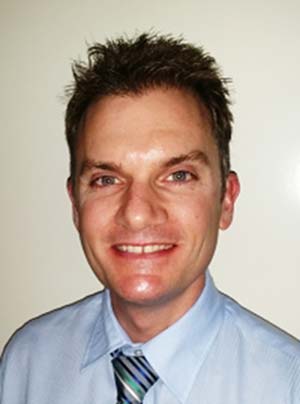