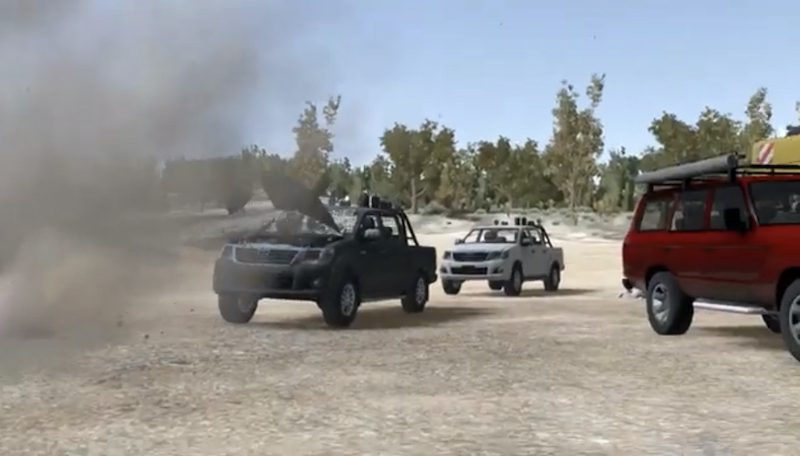 An investigation report and incident animation video has been released following a dangerous blasting incident that occurred at Albury Quarry, Ettamogah NSW in April 2018.

The incident occurred on 10 April 2018, twelve people were at risk of being struck by flyrock during an overburden blast conducted at Albury Quarry. Those at risk included members of the public, workers and a shotfirer who were at the firing location at the time of blasting. The members of the public included the partner and three friends of the quarry manager and a visiting truck driver.

Multiple rocks were launched into the air by the blast. Most of those present were forced to take evasive action to avoid being struck.

Three light vehicles and two excavators in the immediate vicinity of these people were struck by flyrock. A piece of rock measuring approximately 400 x 200 x 200 millimetres struck the shotfirer’s utility, knocked the vehicle’s raised bonnet off its mounts, smashed
through the front windscreen and landed on the driver’s seat.

The investigation identified significant deficiencies in the procedures and controls of the mine operator and shotfirer, including the following:

The Regulator recommended mine operators and shotfirers must: