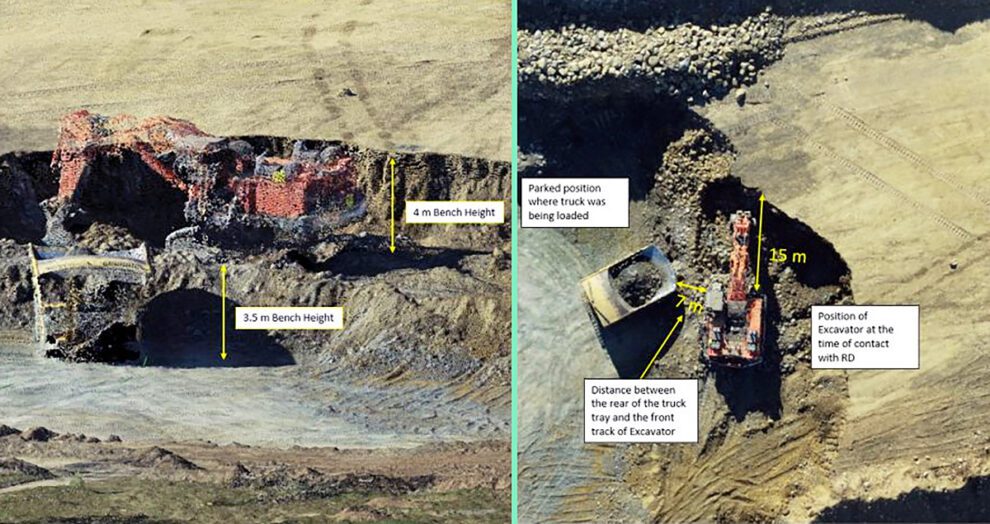 A mine employee needed urgent medical attention after being sidetracked during a heavy machinery manoeuvre.

An excavator operator recently spent several days in hospital due to a serious accident with a dump truck at an undisclosed Queensland coal operation.

The shift worker had finished his crib break half way through night. He returned to the 3.5 metre-high bench after hot seating with a colleague. When he swung towards the truck tray he became distracted by changes to the dig process. He collided with the heavy vehicle’s dovetail during the second bucket load.

“The impact caused a significant amount of movement to the truck and injury to the operator. The injured operator received a fracture to the C5 vertebrae, resulting in hospitalisation for a number of days,” Resources Safety and Health Queensland’s coal mine inspectorate said in a safety alert.

Investigators found the dig process changes in question had no “applied” risk-management processes. The excavator also had a minor electrical issue.

“One of the engines in the excavator was down on revs per minute due to a wire fault. It is unknown at this time if this contributed to the accident,” they said.