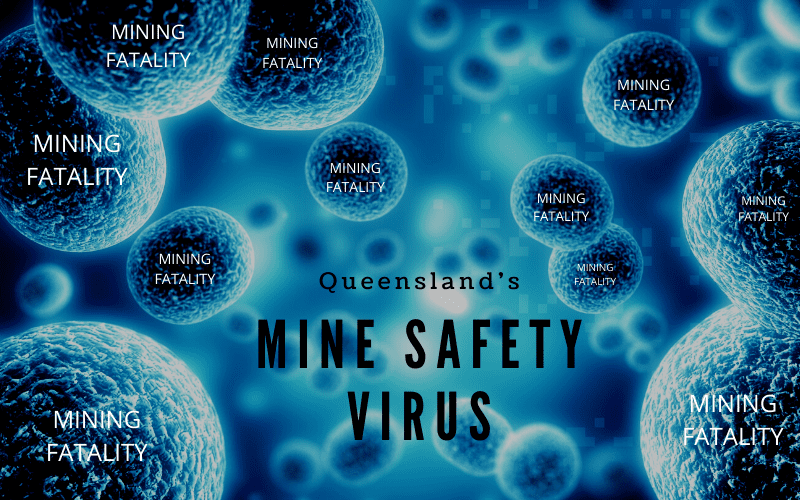 Brian Gerdes, father of fallen miner Jack Gerdes writes….Watching a TV Morning Show this morning I saw our Qld Premier – Annastacia Palaszczuk – give a heartfelt plea to the Federal Government to sort out the Coronavirus mess; she pleaded for help from the National Health Authorities to stop this virus.

Our Premier is going out to visit the Chinese Communities because some have family caught up in the commotion. There have been 9 confirmed cases of the virus in Australia, however, no deaths.

In Queensland we have a “virus” that the Queensland Government refuse to recognise.

It’s the “Mine Safety Virus”. It is mainly caught from greed. The greedy people are carriers for the virus, and it too is spreading.

Our Premier has not once addressed the issue of Mine Safety and the length of time it takes to finalise investigations. One way safety in mines will become a priority is to stop the bonuses to the Managers and Supervisors, and for the workers on the ground to have representation from the likes of CFMEU – who are trying to get into a lot of mines with little success.

The Union, the Mine Owners and Safety Personnel need to sit down with an independent adjudicator and sort out one of Queensland’s Major Killers. Eight Deaths in 18 Months.

Our son, Jack Gerdes, died unnecessarily in an accident at Baralaba Coal Mine on 7th July, 2019; due to an unsafe retractable ladder with re-set buttons and a ladder switch in the wrong place. Especially when you consider that a similar incident occurred in WA (Griffin Coal Mine – April 2018) 14 Months prior to Jack’s accident.

Though the circumstances differ, WA Mine Safety shut all machines down that had similar ladder systems and fixed the problem. If they corrected this issue in Qld, could we have saved deaths in Qld?

It should have been followed up in Qld, and flagged nationally as Top Priority. Yet – no-one seems to care. Maybe it’s because the Mining Industry Taxes are the Qld Government’s biggest cash flow, and they don’t want to upset that particular flow. There are eight families who want answers; who want to change the safety conditions on Mine Sites. These eight deaths, and all that fell before, have caused hearth-ache which will remain with us for the rest of our lives. Please stop the carnage by FIXING the problem.

The men and women who work on the ground at every Mine Site have to come together and demand representation so they don’t feel threatened about reporting safety issues.

It’s time to get serious and stop the bullshit.
Cheryl & Brian Gerdes & Family