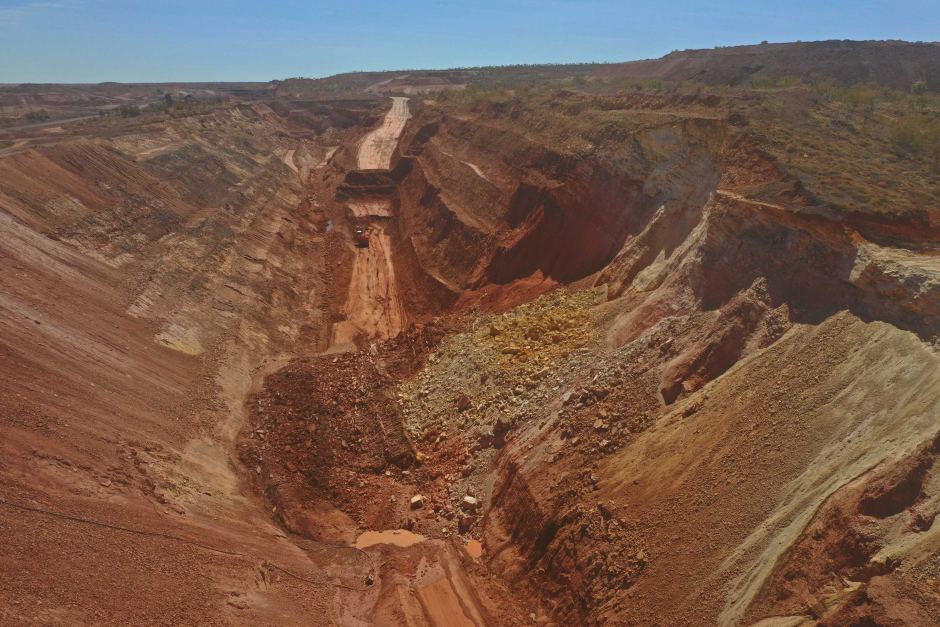 The body of a mineworker that was engulfed by a 48000 cubic metre fall of ground has finally been recovered at the Bootu Creek Mine.

NT Police released a statement on Wednesday afternoon, saying Bootu Creek mine employee Craig Butler had been found at the site, 110 kilometres north of Tennant Creek.

“Our sincere condolences to the family, friends and colleagues of Mr Butler,” a spokesperson said.

“We thank everyone involved in the recovery.”

Primary Industry and Resources Minister Paul Kirby said on that the recovery operation had been “intricate and extensive”.

Mr Kirby said he had visited Bootu Creek mine and heard concerns about mine safety and previous incidents.

“We were aware in our department of a number of different incidents, or slips as they’re termed within the industry, on the site,” he said.

“Any slips like that would be of significant concern to us. From being on the site and having a look at the size of the event that’s just happened, it’s not a slip, it’s more of a collapse.

“I’m not a mining expert, and certainly not a geological expert, but it looks like a massive event, obviously, and any of those events on that site would be a concern to us.”

Mr Kirby said the NT Government would take a strong stand on safety standards if the ongoing investigation found any improper conduct.

“We know that industrial manslaughter laws are being worked on as we speak and that will come back into the Parliament through the course of this year,” he said.

“I can absolutely guarantee people that if there has been any breach of the law our Government will take the strongest possible stand that it can.”

Slope failures are identifiable and preventable

Geotechnical engineers recognise, that in most circumstances slope failures are identifiable prior to the event and either preventable or controllable. The question on the minds of many across the industry is how could such an event occur? and what can be done in future to prevent such tragedies?

The following video produced by the Groundprobe Team highlight a range of past incidents and how slope stability technology can help identify and control key geotechnical risk in open pit operations.

Monitoring has traditionally been a key aspect of slope instability assessment, management and mitigation.

By systematically collecting, recording and analysing qualitative and quantitative information companies can prevent events such as the Bootu disaster

But designing a monitoring program must include

(a) Define the objectives of the monitoring program and select the type of measurements to be included, assigning priorities to measurements.

(b) Decide on the measurement methods to be used, usually on a cost-benefit basis, and select the appropriate instruments.

(c) Determine the optimum instrumentation scheme by using, where possible, theoretical or empirical methods to optimize the number and placement of instruments.

(e) Arrange for the proper installation, protection and marking of instruments and reference points in the field. (f) Plan for the data flow, data management and analysis.

AMSJ has been informed that a coronial inquiry will examine the cause of the slope failure in addition to site-based safety factors contributing to the death of Mr Butler. Former mineworkers at the site said that geotechnical issues have been a long-time concern for workers. “The picture supplied by the Department is obvious enough to know,that this was clearly, preventable” one former worker said.

The NT Police spokesperson said, as there was a coronial investigation underway, there would be no further comment.