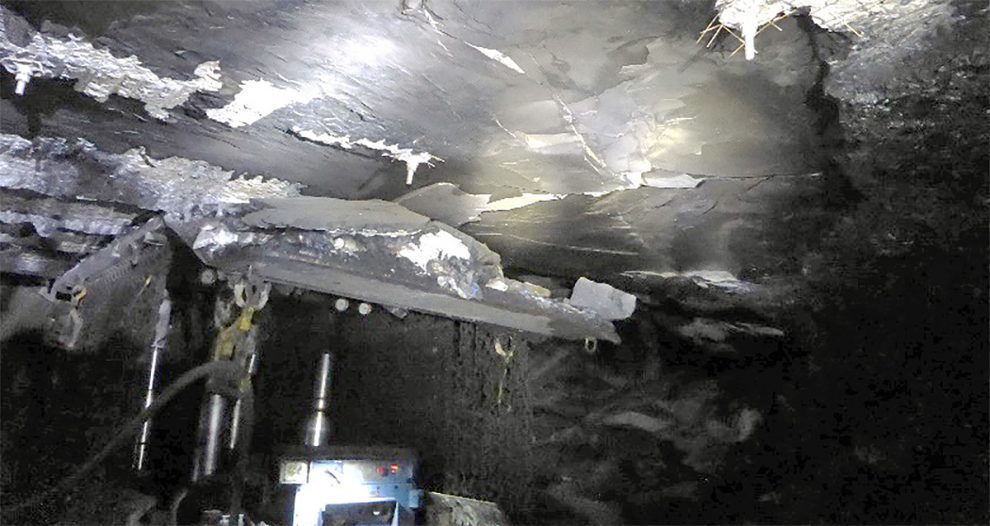 Roof ply rock fell and seriously injured a continuous miner (CM) operator and a mechanical tradesperson (fitter) who stood in the control zone.

They were extracting coal using the CM when they heard a “cracking sound” from above. Debris fell and struck the CM operator and fitter shortly after. A nearby hydraulic breaker line roof support operator was not hit in the incident that occurred about 3:25am on 2 November 2021.

“Two workers suffered serious injuries including multiple spinal fractures when they were struck by falling roof ply rock of about 4 sqm in dimension and weighing about 570kg,” the New South Wales Resources Regulator said in an investigation information release.

Investigators confirmed the debris consisted of carbonaceous siltstone with a “gradational base to dull stony coal”.

“Five lumps of broken roof rock were found on the ground after the incident, with the largest piece of rock measuring about 1 metre (length) x 0.6m (width) x 0.2m (thick) with an estimated weight of about 280kg,” the regulator said.

The remarks came after a thorough review of the mine’s ground or strata failure principal hazard management plan. The regulator issued a prohibition notice under section 195 of the Work Health and Safety Act in relation to pillar extraction in the panel. Geological and survey mapping also found evidence of minor shear in the goaf adjacent to the fall.

“There were several iron (Fe) stains and water drippers observed in the roof above the CM,” the regulator said.

Employers are urged to engage independent experts to conduct geotechnical investigations as part of review of controls measures.

CORRECTION: AMSJ previously reported two mine workers were fatally injured. None of the employees died at the time of publication.