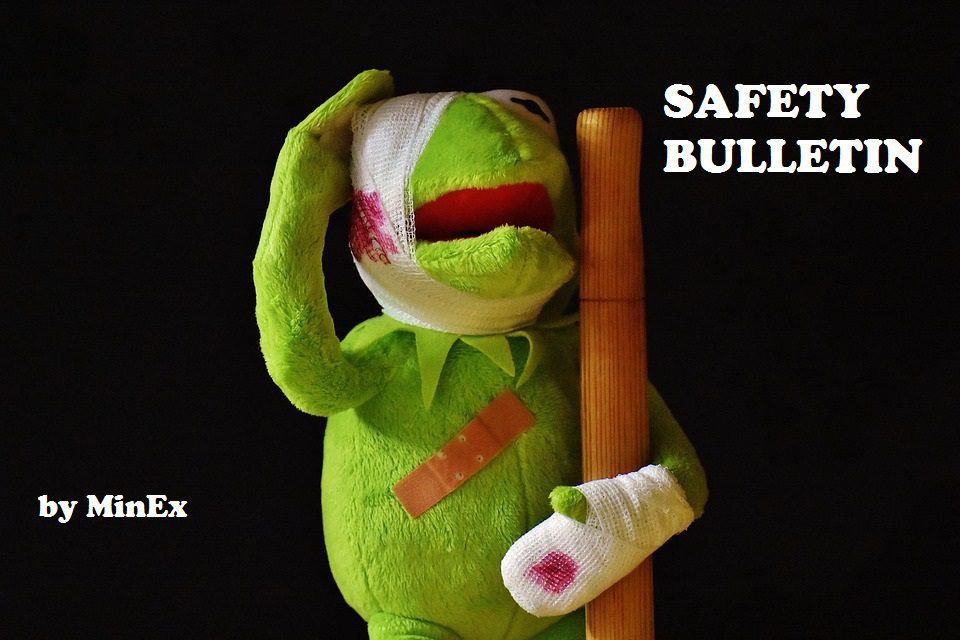 The purpose of this bulletin is to present WorkSafe’s position on when
an operator should report a notifiable incident following failure of a
pressure safety valve (PSV) identified as a safety critical element (SCE)
at a Major Hazard Facility.

The notification requirements for SCE failures are
covered by the Major Hazard Facilities Regulations 2016
regulation 33. It states that ‘damage to, or failure of,
a safety-critical element that requires intervention to
ensure it will operate as designed’ is a notifiable incident
(regulation 33(c)).

WorkSafe’s position
A PSV can be identified as a safety-critical element
at a Major Hazard Facility. Failure of a PSV includes,
but is not limited to, lifting at a pressure higher than
its design set pressure in service or on test, within
allowable tolerances. WorkSafe considers the allowable
tolerance for a PSV to begin lifting to be:
– within +15 kPa of the marked set pressure up to
and including 500 kPa, and
– +3% of the marked set pressure above 500 kPa.
Note: This position does not apply to:
– Pressure relief devices, intended primarily for
protection against exposure of a pressure vessel
to fire or other unexpected sources of external
heat, installed on vessels having no permanent
supply connection and used for the storage at
ambient temperatures of non-refrigerated
liquefied compressed gases provided they
satisfy the conditions detailed in ASME VIII
Div1 UG-125, 3 (a) – (e).

This position is in line with ASME VIII Division 1 Boiler
Pressure Vessel Code and AS1271 Safety Valves, Other
Valves, Liquid Level Gauges and Other Fittings for Boilers
and Unfired Pressure Vessels. These tolerances should
be reflected in an operator’s performance standards.
WorkSafe recognises that a PSV lifting at a pressure
just above the tolerance limit does not mean there
was a high risk of it not controlling a potential major
incident. This is because the equipment that the PSV
is protecting will not rupture until the overpressure is
much higher. However regulation 33(c) only requires
that when an SCE fails, intervention is needed for the
PSV to operate as designed.

What is considered intervention?
WorkSafe considers intervention relating to a PSV
to include the replacement (total valve replacement
or replacement of individual parts), adjustment or
dismantling and repair of a PSV due to: – the PSV lifting higher than its set pressure tolerance – the PSV sticking shut or failing to open, including
when a PSV lifts higher than its set pressure in
the initial (as received) pop test due to a build-up
of deposits
– the PSV only partially opening – leakage past the PSV, or – the PSV sticking open.

Notification requirements under the Major Hazard Facility Regulations
Operators must comply with requirements in regulation
34 and Parts 1 and 2 of Schedule 4 of the Major Hazard
Facilities Regulations. The root cause analysis required
in Part 2 should be proportionate to the severity/
complexity of the valve failure, see below.

Valve lifts between +3 and +10% of set pressure
The initial incident notification form may
be considered as both the seven and 30
day reports, negating the need to submit
any further reports. Note that this is
dependent on the information in the initial
incident notification form meeting all the
requirements in Parts 1 and 2 of Schedule 4
of the Major Hazard Facility Regulations.

Valve lifts above 10% or otherwise fails
The initial notification form is unlikely to
contain sufficient information to satisfy all
requirements of Schedule 4. Sufficient time
will be required to complete an appropriate
root cause analysis proportionate to the
failure complexity and submit the seven
and 30 day reports.