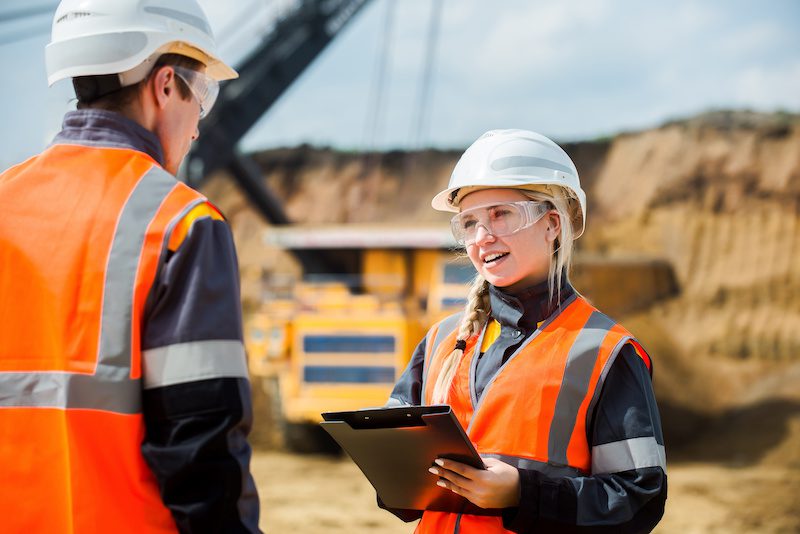 Caring enough to have a safety discussion is a critical component of your success and that of your colleagues. In the mining industry, we work with people who have a range of different attitudes towards safety and how much risk they’ll take on the job site. From time to time we find ourselves in a situation where we want to let someone know that we don’t think the way they are working is the safest way, or that we don’t think they’re following all the correct procedures for the job. Having this type of conversation is made all the more difficult when the person we want to chat to doesn’t work for us, and may not even be from the same company or team.

But we shouldn’t avoid having a safety discussion just because we aren’t someone’s boss. Keeping people safe is only achieved by everyone looking out for each other and having the courage to talk about the best way to do things.

Here are six tips to help make your next safety discussion go a little smoother and make sure your message sticks.

There are right and wrong times to have a safety discussion. If the situation you’re presented with is putting someone in immediate danger, then you need to find a way to pause the job as quickly as possible and talk about what you’ve seen. However, there are times when there’s not an urgent danger, and we are better to wait and have the chat later. For example, if someone is not wearing the correct PPE, approaching him in front of the whole crew probably won’t work – we should wait until an opportune time later on when you can talk one-on-one. This will make the discussion less daunting, the person less defensive, and if it turns out that we’re wrong we won’t look dumb in front of the whole crew.

Tip Two – Use “I” not “You” in your safety discussion

The best way to avoid the person getting defensive or argumentative is to focus on your own thoughts and feelings rather than what you want them to do differently. The easiest way to do this is to make sure you start your sentences with “I” instead of “you”. We want to talk about how we feel and what we think, not directly about their actions or what we want them to change. So instead of “You should be…”, “You are supposed to…”, or “You know you haven’t…”; we want to say things like “I’m a bit worried…”, “I thought the rule was…”, or “When I was on another site they…”. Not only does this make our comments less direct and confronting to the person (and hence make them less defensive), it also means that if we are wrong (which does happen!) then we don’t look like such a clown.

In a similar way to using “I” instead of “you”, we will try to phrase our comments as questions instead of statements as much as possible. This again makes the discussions less defensive and gives the person a chance to explain their actions from their point of view. So we say things like “Do we need to have locked this out first?”, “Do you think we should go a get a ladder?”, or “What’s the procedure for this?”. Even if you know the answer for sure, using questions creates a more open and effective discussion, and helps you find out more about the other person’s point of view.

Tip Four – Blame Someone Else

Another tactic to make yourself look less like a know-it-all is to reference a third party or source. For example, we can base our comments on what the boss said, what the procedure said, or what our induction said. We can make someone else look like the “enforcer” of safety rather than sounding like it’s us. So we might say things like “Didn’t they say in the induction that we had to…”, “Come on, the boss has really been hammering us about safety glasses…”, or even a general one like “They’ve been telling us to talk more about safety, so on that note, I was thinking…”. Of course, we can only reference other sources or people when it’s true – we can’t just make things up!

Tip Five – Be Prepared to Walk Away

In the end, we are all responsible for our own safety, and there’s only so much we can do to influence another person’s behaviours. So if the conversation starts to go off the rails and the person gets defensive or argumentative, the best thing we can do is take some time out. There’s no benefit in pushing the point to prove you’re right if the person isn’t interested in listening or acknowledging what you’re saying. It will be best to just leave them to think about what you’ve said, and perhaps come back to it at a later time. If you’re right, they’ll probably change what they’re doing anyway, and if you’re wrong then there was no point having an argument in the first place. We want people to work safely because they see the reasons why not because they’ve been forced into it when they don’t agree.

Leading by example through working safely ourselves may not help us deal with a dangerous situation that we’re witnessing, but over the longer term it sets you up to be able to have these safety conversations in the future. If you’re not a good safety role model yourself, you’re not on a good foundation to talk to someone about what you think they should do differently. How would you feel if someone that never wears their PPE told you that you should follow the rules more often? Leading by example with your own safe behaviours is the best foundation for helping others work more safely.

Fortunately, safety is so widely spoken about in the industry that most people are happy to engage in a safety discussion without getting defensive – it just needs someone to kick it off. There are no doubt people who will still take risks even though they know it’s not the right thing to do, but a little chat to show them that you care about doing things the right way just might make all the difference!